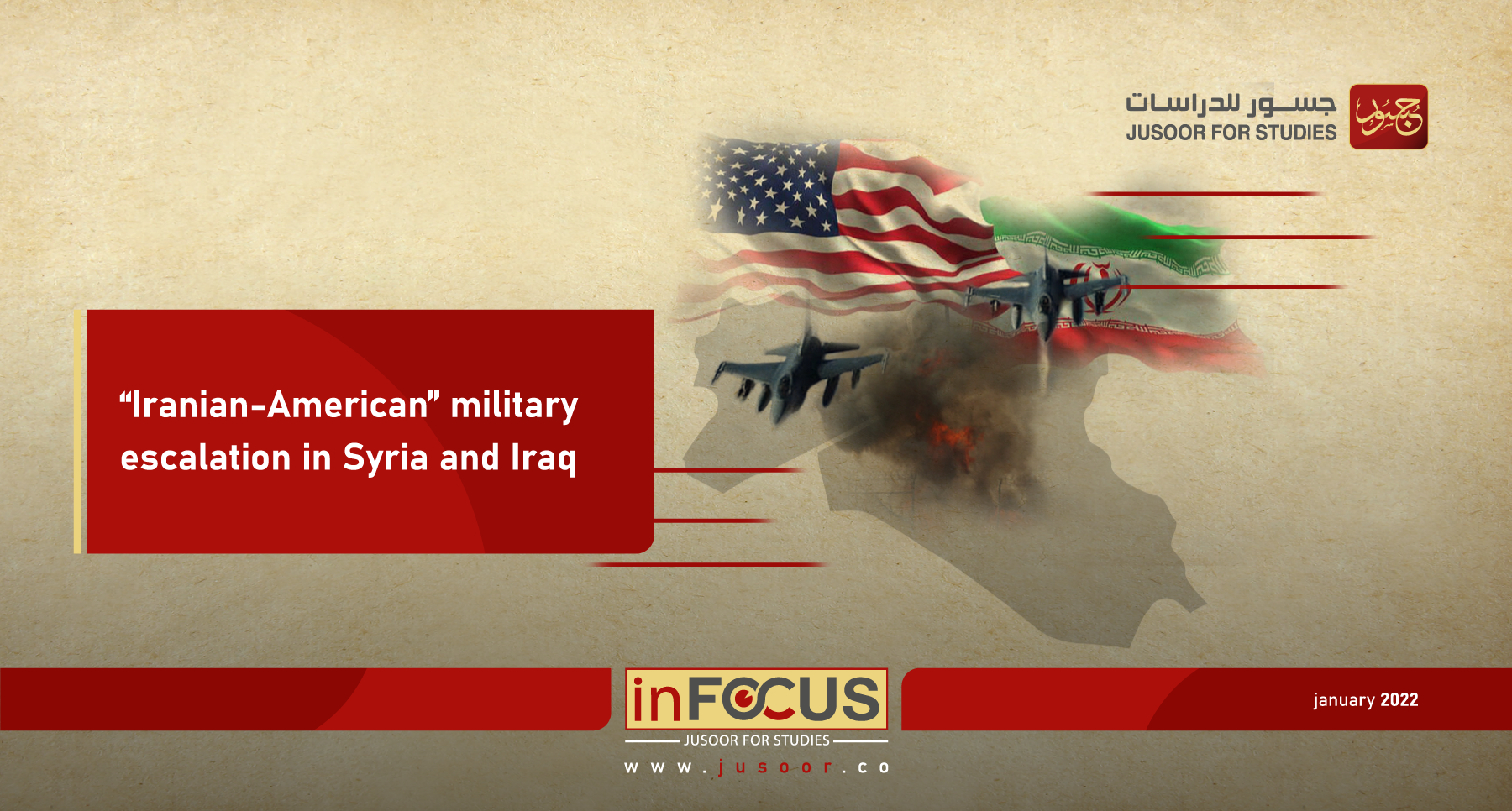 Syria and Iraq have witnessed a new field escalation between the international coalition led by the United States and the militias affiliated with Iran since the end of 2021; when points belonging to the Syrian Democratic Forces in Al-Hasakah Governorate were subjected to missile bombardment that appears to have targeted the American base in Al-Shaddadi without affecting it.

On January 6, the US troops, in turn, targeted a missile launcher for the Iraqi Hezbollah militia near al-Mayadin, and shelled a number of Iranian Revolutionary Guard Corps (IRGC) sites near al-Bukamal in the countryside of Deir ez-Zor.

It is noted that the escalation, that Iran started against the American forces, coincided with the second anniversary of the assassination of the commander of the Quds Force of the Revolutionary Guards, "Qassem Soleimani" with an air strike near Baghdad airport in early 2020. This reflects Iran's assertion of commitment to the option of response and the expansion of targeting to include Syria, after it was limited to Iraq.

Iran seems to be keen on emphasising also its ability to use the military option and raise its pace; if it is subjected to more American field pressures in Syria and Iraq.  That is in addition to Iran’s renewed refusal to include its military presence in the region in the nuclear negotiations with the United States.

It can also be said that Iran wants to push the United States to carry out further redeployments of its troops in Syria and Iraq, which might lead to a complete withdrawal scenario, as the case was in Afghanistan.

On the other hand, there is reason to believe that the United States will most likely react immediately to any threat or attack by the Iranian-affiliated militias, whether in Iraq or Syria; especially after the previously adopted non-response option proved to be a reason for heightening the risk of launching attacks against American troops.