Hezbollah in Syria: What has been achieved in addition to exit mechanism? 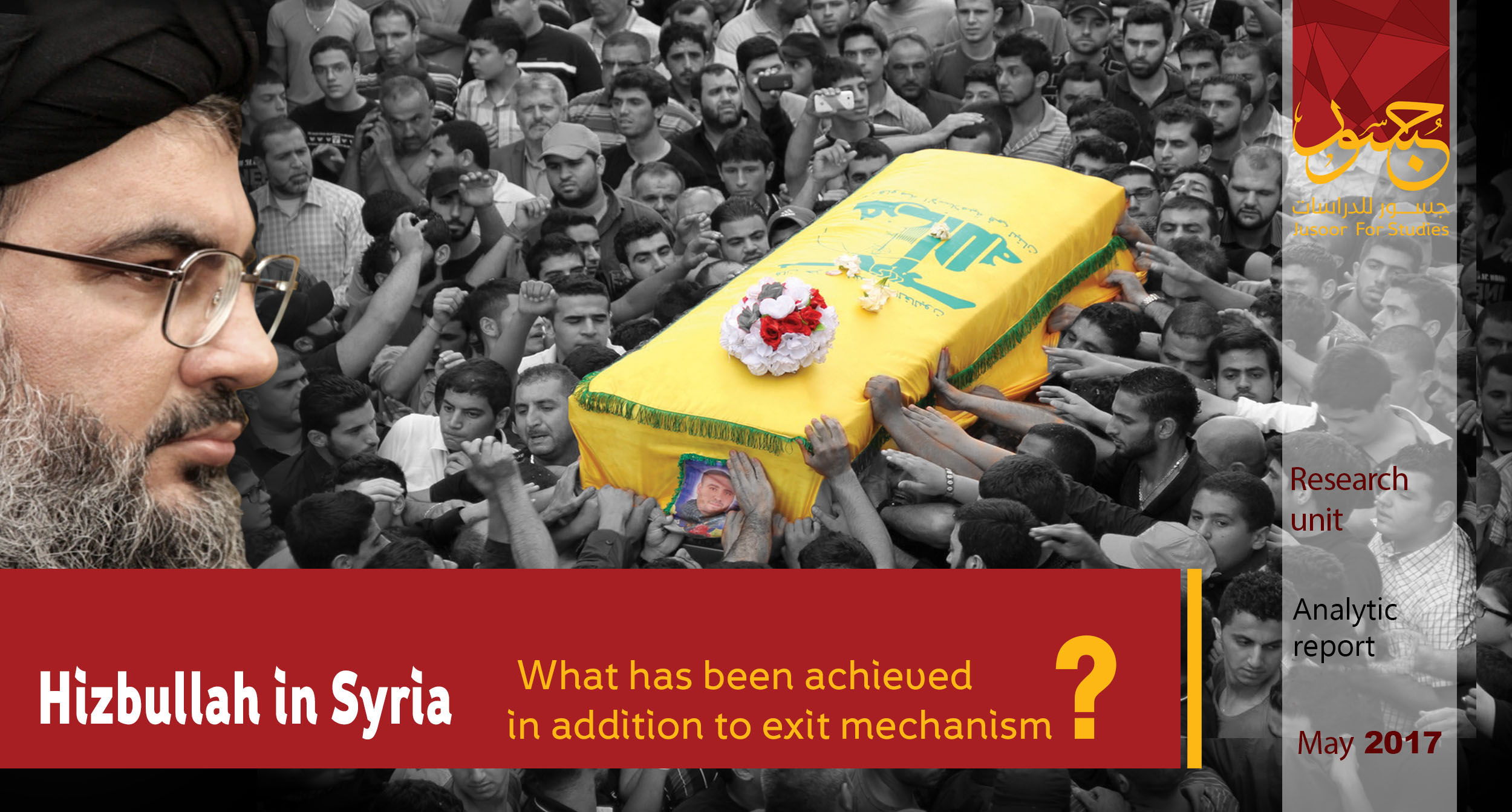 Hezbollah in Syria: What has been achieved in addition to exit mechanism?

Impacts of possible withdrawal
Regression in Hezbollah role, is expected to lead to double impacts on Lebanon. From one hand, withdrawal will be an emblematic blow to the party prestige whether before its allies or rivals, also opening the door for being questioned politically from public opinion or rivals as the withdrawal to be deemed an indirect confession of being wrong concerning the intervention in Syria especially after failing in accomplishing the war objectives.
The withdrawal with the sense of defeat, will also mean, taking Hezbollah back to conflicts (may exacerbate in the future) between the party and other rival movements in Lebanon, the thing that may force the party to enter a new political and media fronts which could be more intense than the ones in Syria, as the main conflict to be fuelled between Amal movement (the main rival for the party seeking to take the lead of Shiite community) and Hezbollah. Amal movement chose almost to be impartial concerning the Syrian War with its local staff gloating Hezbollah losses and casualties.
From the other hand, Hezbollah will regain internal balance (lost due to unanimous intervention in Syria) after withdrawal moreover, heavy casualties along with captives, made their families see red, causing a war against Israel is also an option in order to regain the lost popularity and furious public foster.
However, Hezbollah return with no military action against Israel (using the pretext of being busy with fighting agents working for Israel in Syria) in the future, may cause heavy political losses. Most importantly is that, war against Israel or Syrian opposition is not an internal decision to make thus, there is a link with other issues, on top of them the agreement of Iranian nuclear situation and Iran role in Syria concerning regional and international interactions. All previously mentioned are outcomes can’t be foreseen in the meantime.
Regionally, the party withdrawal (no matter what are the reasons) will indicate victory of the rival party (Amal movement), showing that Iran was not able to protect the party presence in Syria especially after the fact that, Assad forces couldn’t regain control of all or even half of Syrian soils and withdrawal may coincide with Turkish forces reaching Damascus rural.