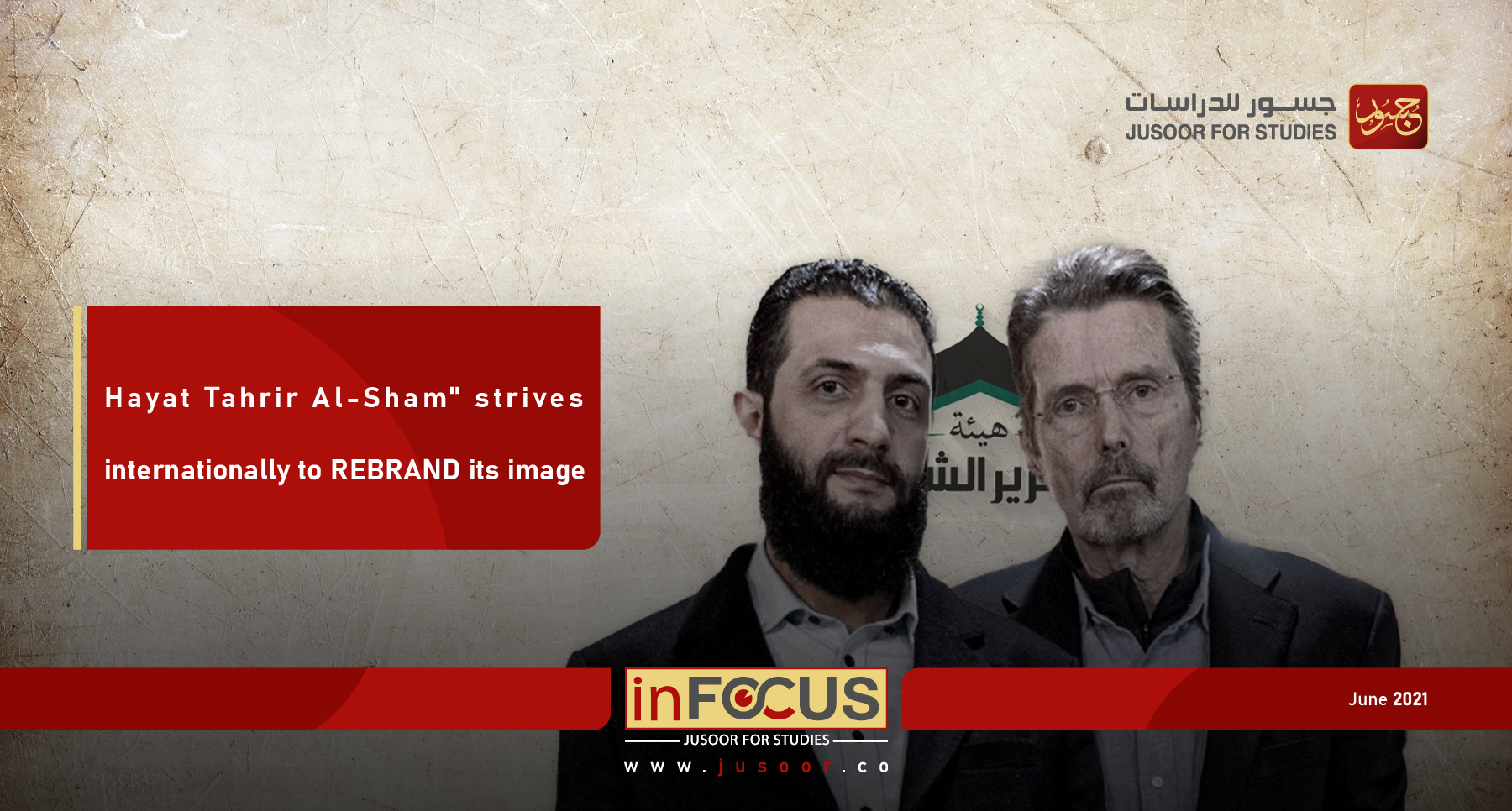 On Tuesday, June 2, 2021, the American FRONTLINE website, which specializes in investigative journalism, published a new investigative documentary about the leader of Hayat Tahrir al-Sham, "Abu Muhammad al-Jolani", in a first appearance of its kind.

In the film, Al-Jolani was interviewed by the American journalist Martin Smith. During the meeting, the former tried to pass messages about his position on sensitive issues, such as the relationship with Al-Qaeda, the September 11 attacks, the relationship with the West, the issue of minorities and activities outside the national borders.

It is clear that the clop's narrative basically concluded- according to the experts and researchers who appeared in the film - that Hayat Tahrir al-Sham, despite some excesses in the human rights file and despite of its undeveloped political discourse, it has become a completely different group from the organizations of "ISIS" or "Al-Qaeda". Tahrir Al-Sham via its current political rhetoric , its policy on the ground is as close as possible to the case of "Hezbollah" in Lebanon or "Hamas" Movement in Gaza, which expresses a state of local "jihadism" and a de-facto authority, where Tahrir Al-Sham in Idlib performs the service duty and security control for an area crowded with displaced people and out of the Assad regime, control in addition to its fight against the most extremist organizations such as the Guardians of Religion / Hurras al-Din and ISIS cells.

However, this new classification by experts and researchers, which makes Hayat Tahrir al-Sham as same  as “Hezbollah” and “Hamas,” might not necessarily mean that it will turn into a decision can be made by the international community in general and the United States in particular to remove HTS in the near term from the terrorist groups list, because the matter largely depends on concluding political deals and negotiations that the United States could hold with countries interested in removing the group from the international terrorist lists, but HTS definitely has long been no longer in the bank of the goals of the international coalition in the war on terror.

Removing Tahrir al-Sham from the terrorist groups list does not necessarily mean - if it happens - that the latter would end its internal and external problems, on which the designation have impacts.

As for political participation in the future solution of Syria, greater concessions would be needed from Hayat Tahrir al-Sham to make as well as regional and international gains commensurate with accepting a role that HTS might get.