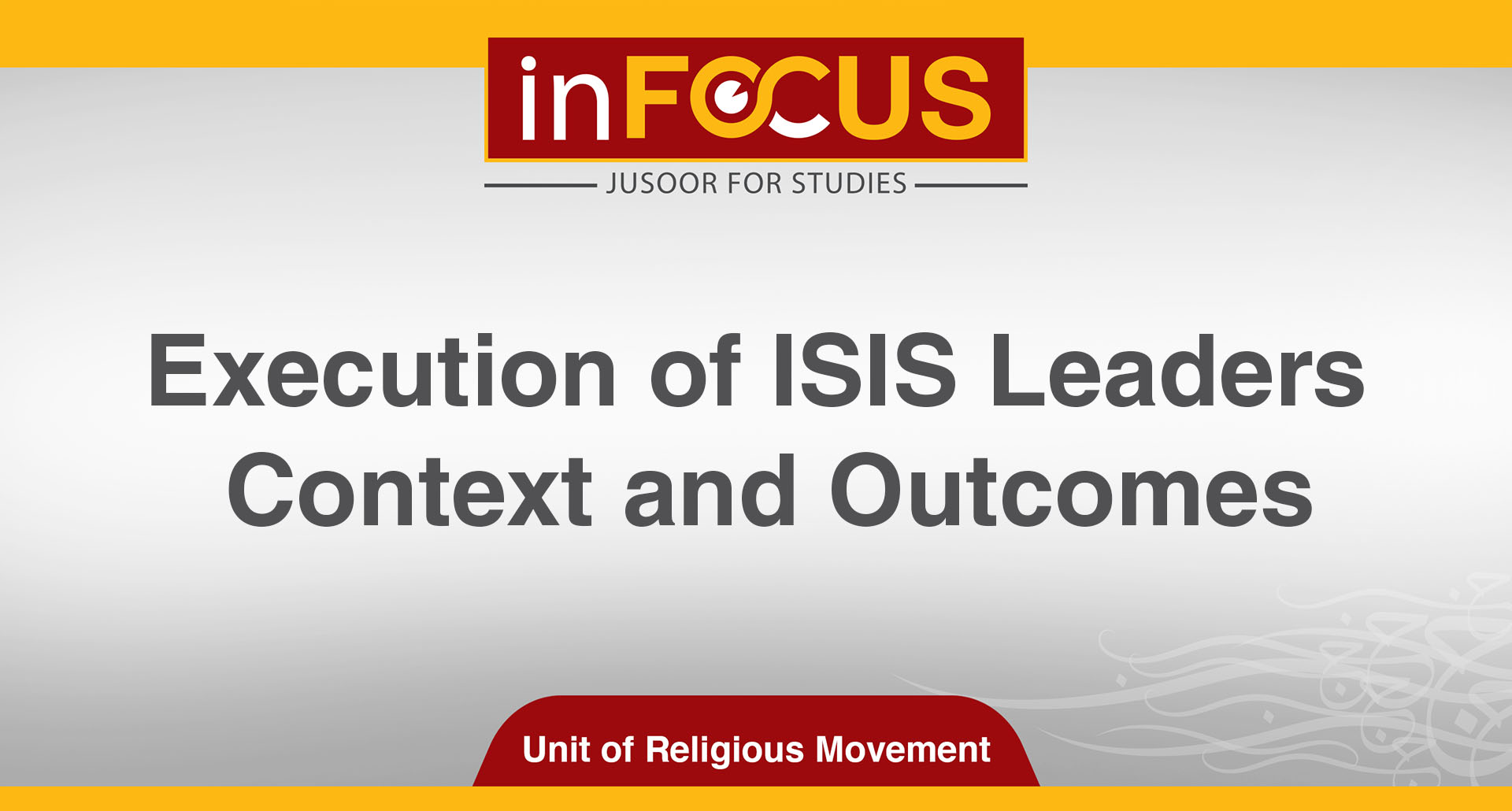 93
In Focus | Execution of ISIS Leaders: Context and Outcomes
The International Coalition killed both Ahmad Ismail al-Zawi, known as Abu Ali al-Baghdadi, and Ahmad Abed Muhammad Hussein al-Jughaifi, known as Abu Ammar, on 17 May by a landing operation carried out in the town of al-Basiret in the eastern countryside of Deir Ez-Zor Province. The Coalition announced their death on May 22, 2020.
Practically, it is possible that the two ISIS regional leaders were killed before this date since the announcement did not confirm their killing during the landing operation. There are suspicions that they were possibly killed before in two previous landings, and it is likely that they detonated explosives to kill themselves during the clashes with the forces that tried to storm their location on May 6 or 16.
In this context, it is necessary to highlight that the Coalition described al-Baghdadi as the governor of northern Baghdad and the person in charge of “communicating directives and orders.” While “Abu Ammar” was described as the logistical support officer for Iraq and Syria. Therefore, it is likely - according to the Coalition – that ISIS operations in both countries will decline following the death of the two leaders.
ISIS operations in Iraq and Syria increased in the month of Ramadan between April 24 and May 24. 124 operations were carried out in Iraq during Ramadan and 118 were carried out in Syria.
Contrary to the International Coalition announcement, ISIS operations did not decline following the killing of these two ISIS leaders. It is likely that ISIS operations will not be affected by these deaths and the number of operations will continue to rise, especially in Syria as in May alone, the number of ISIS operations carried out multiplied by 90% compared to April due to several reasons as follows:
- The International Coalition deals with ISIS based on the principle of “monitoring and then and then respond effectively”. As such ISIS remains proactive and initiating a response from the Coalition - despite its weak financial capabilities - which makes it difficult to penetrate the organization, whether by monitoring communications or traditional means, to stop its operations.
- ISIS activities in Syria have been increasing before al-Baghdadi was killed while its escalations in Iraq took place following his death. The variation indicates that ISIS has established a new structure in both countries.
- It is possible the new formed structure is based on reducing the sectors that regulate the cells’ work and distributing the cell leadership on the basis of divergent clusters without clear associations among them. This aims to prevent negative effects if any of the different cell leaders are arrested, and limiting these effects within the same group. This approach explains the landing operation being restricted to the area of al-Basiret and its towns despite ISIS continuing to operate in other areas of Deir Ez Zor countryside.
Despite the increase in the Coalition forces’ and SDF’s security operations in May, ISIS operations have also increased. By analyzing these operations, it is observed that ISIS is heavily dependent on the methods of singular attack confirming that multiple ISIS groups have received extensive training in war of attrition in the recent past. These different factors help explain the escalation of individual ISIS operations in the past two months.
Unit of Religious Movement - Jusoor for Studies
To visit the English Telegram channel: Click here