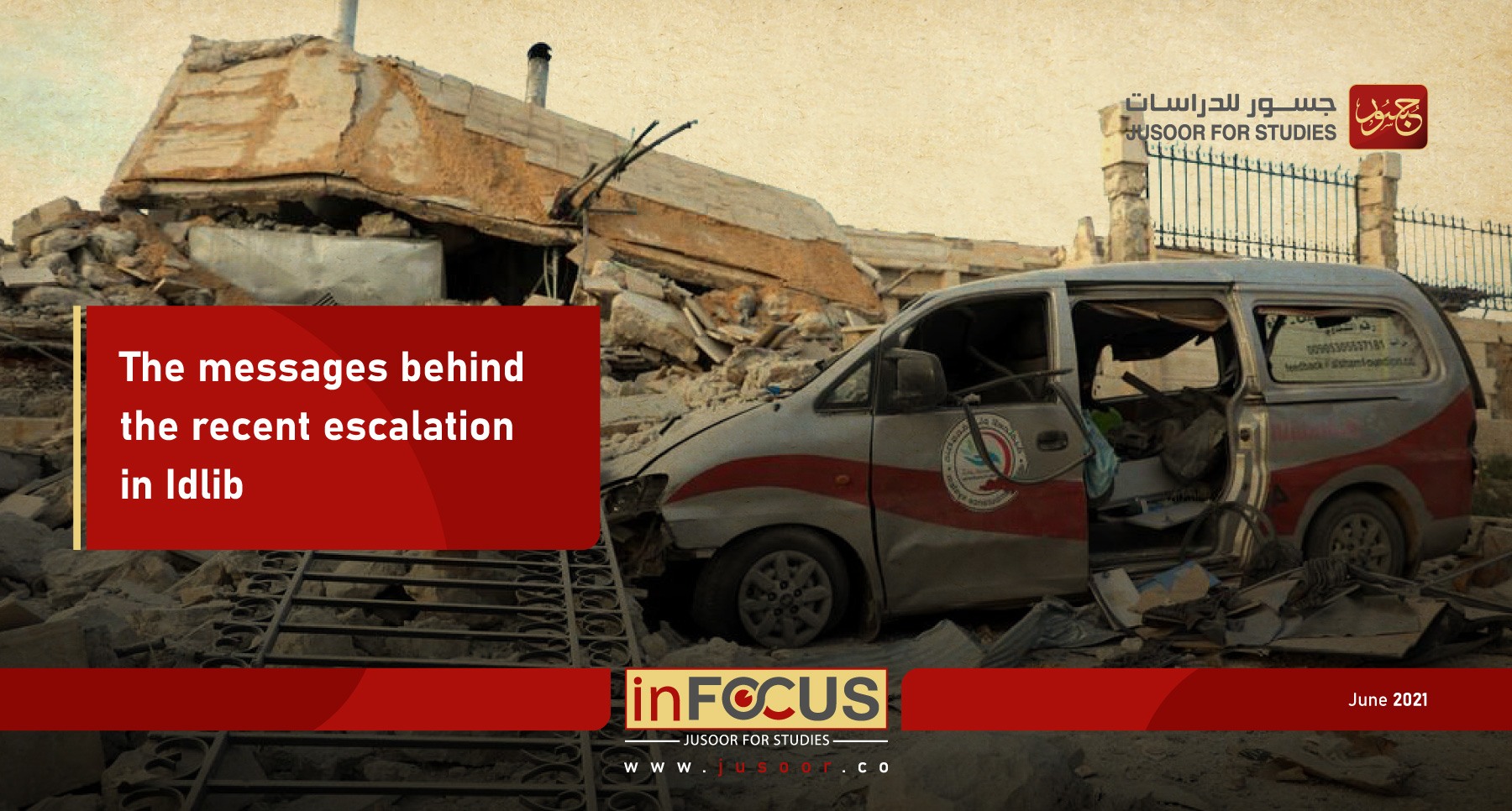 In Focus | Escalation Messaging of Idlib

Since early June, 2021, the de-escalation zone in northwestern Syria has experienced violent bombardment as it was since March, as civilian, healthcare and economic facilities were targeted with intense airstrikes and heavy barrage of rockets.
Further, for the first time since February 2020, Turkish artillery targeted the sources of shelling in southern Idlib; led to the destruction of a military vehicle belonging to the Syrian regime, killed soldiers were reported as well as multiple wounded.
Note that during the recent escalation campaigns, Russia is using "Krasnopol" missiles, which can directly target both stationary and moving targets, with high laser-guided system of hitting, can be fired either by artillery or by drones.
Since the first escalation campaign in March, Turkey has redeployed military posts to match the points of contact with the Syrian regime forces in Jabal al-Zawiya, south of Idlib. Which may indicate a readiness for any scenario that leads to the resumption of military operations in the region.
It sounds that the escalation is linked to undermined trust in term of the relationship between Turkey and Russia, after joint cooperation led to the establishment of a ceasefire for a period of more than 15 months. In most cases, the reasons for the loss of confidence are due to:
• Turkey's insistence on restoring the relationship with the United States on many issues, including Syria, which might harm Russia's interests or much more obstacle it.
For instance, re-pushing for the safe zone east of the Euphrates necessarily means having a conflict with the “Sochi” memorandum (2019), and cooperation between Washington and Ankara in the humanitarian aid file hinders Moscow’s efforts to restore the central mechanism that used to be applied before 2014.
• Russia dissatisfies with the mechanism in which memoranda of understanding has been implemented in Syria with Turkey, as the latter pays more attention to settling the East Euphrates file at the expense of Idlib's, which is still witnessing a suspension of the most prominent contentious issues such as combating terrorism, the future of Turkish forces, and the fate of trade traffic, transport and others.
However, it is unlikely that military operations will resume on a large scale, with the exception of manoeuvring in the framework reconnaissance by fire to assess the capacity and readiness of Turkish military posts, to prepare for any future scenario.
Russia often hopes that the policy of maximum pressure will again contribute to dissuading Turkey from taking any steps that harm its interests in Syria and even outside. Also, in the resumption of bilateral negotiations at the level of experts to resolve the file of outstanding issues on Idlib.
Unit of Analysis and Thinking - Jusoor for Studies
To visit the English Telegram channel: Click here