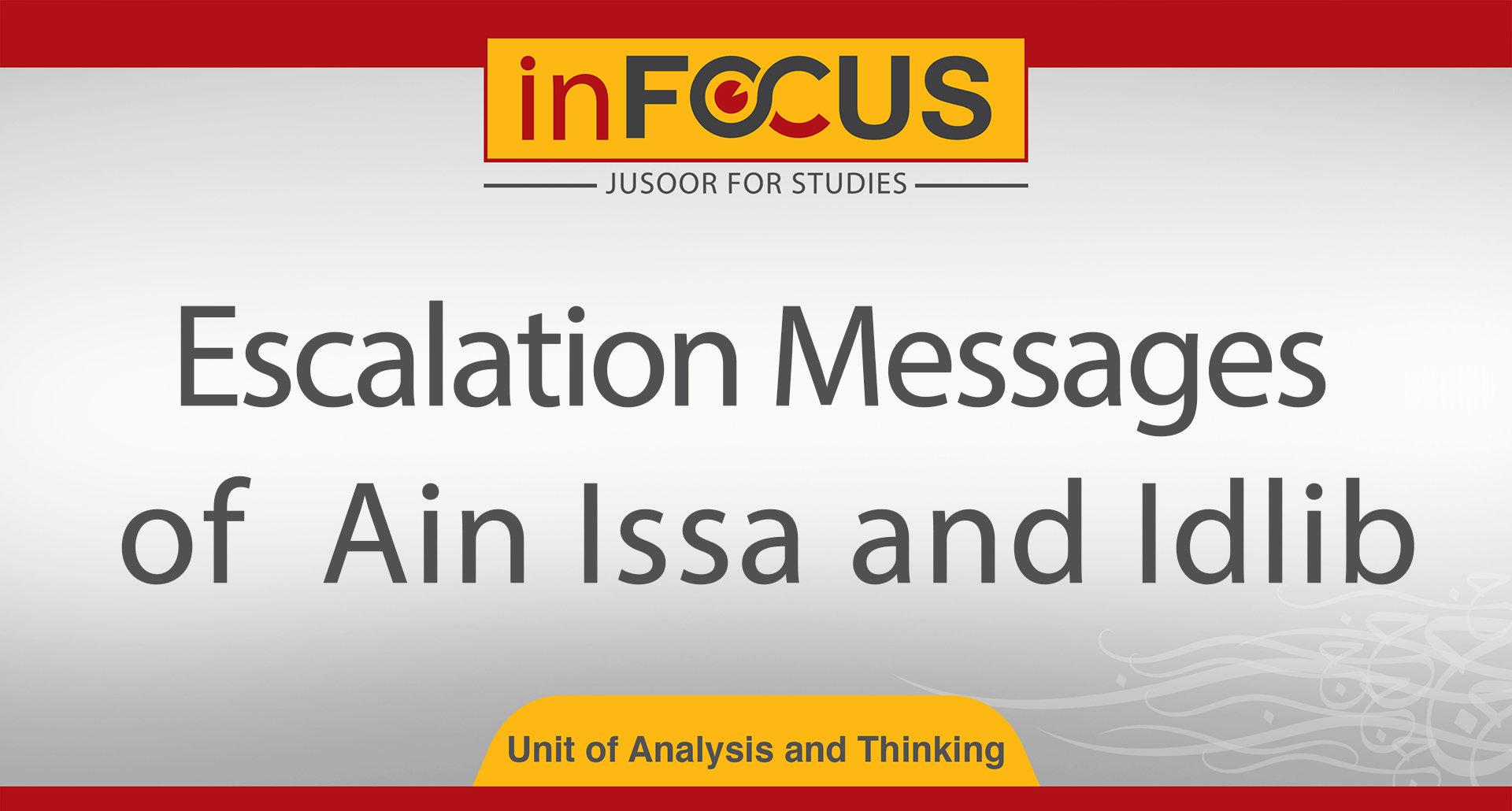 In focus |   Escalation Messages of  Ain Issa and Idlib

On March 21, 2021, the de-escalation zone in northwestern Syria was subjected to unprecedented violent bombing since the military campaign against the region started in early 2020, before the Russian-Turkish memorandum signed in Sochi on Oct. 22, where civilians were targeted and medical and economic facilities were also hit with heavy airstrikes and fierce artillery and missiles shelling.

This escalation came one day after Turkey provided unprecedented ground and air fire coverage to the Syrian opposition factions during a preventive attack was carried out on the villages of Sayda  and Al-Mu'allaq near Ain Issa, north of Raqqa, after Russia, on March 19, tried to bring civilians into both villages.

It seems that Russia's attempt to bring civilians into the seam zone north of Ain Issa took place with no already coordination with Turkey, which categorically rejects this step, given the danger it poses to one of its bases near the village of Sayda.

Conversely, it sounds that the preventive attack by the opposition factions was conducted without coordination between Turkey and Russia (unlike all previous shooting attacks), which appears to be an attempt by Turkey to voice discontent as a result of Russia's failure to take appropriate measures after the bombing of Kilis on March 18, that  was launched from the region of Tal Rifaat, in which the Syrian regime forces were accused, while it appears that there is operational coordination with the Syrian Democratic Forces (SDF) to carry out the attack.

Russia may be dissatisfied with the mechanism by which the memorandums of understanding (MoUs) are implemented on Syria with Turkey, as Turkey pays more attention to settling the Ain Issa file over the Idlib file, which would provide an opportunity for the Syrian opposition-held  areas to improve conditions for stability at the economic and service level as the Syrian regime's impotence at the governmental level increases, warning of instability.

At the bottom line, Russia's violent bombing comes as an expression of discontent with Turkey's failure to adhere to diplomatic channels to settle disputes, but at the same time it is unlikely that Russia will escalate attacks in the de-escalation zone, which might end Moscow's understanding memorandum on Idlib. In fact, such a move is not in the interest of Russia that aims to make the parallel tracks succeed, the latest of which is the launch of the tripartite platform in Doha, which focuses on the humanitarian side, in a way that can reduce the suffering in the areas controlled by the Syrian regime.