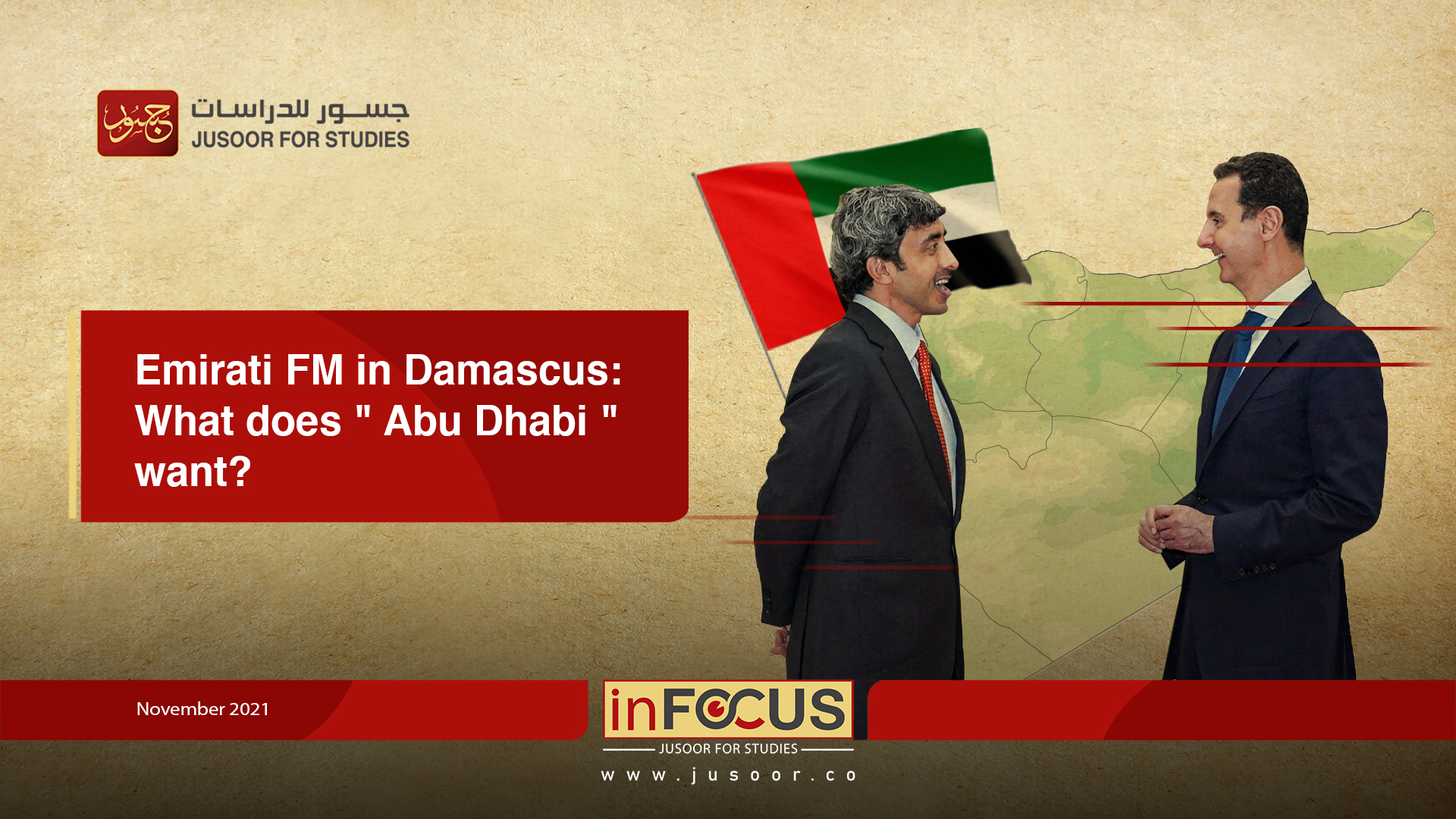 The UAE FM arrived in Damascus on Nov 9, in the highest-profile Emirati visit in more than a decade. Abu Dhabi Crown Prince Mohammed bin Zayed has contacted the head of the Syrian regime multiple times in the past two years.

In general, the regime is in such a vulnerable state that it cannot provide tangible gains to any actor, so the visit by the UAE is designed purely to send signals to other actors inside/outside Syria & to ultimately serve its own interests.

For now, the UAE is striving to achieve an expanded regional role after facing a string of failures in several countries. To date, it has attempted to play an influential role in the region, only to collide with other stronger and more influential forces.

UAE, however, is finalizing arrangements to share influence in Yemen with the Houthis through a presidential council that will end the remaining political presence of the UAE's opponents in the Yemeni government. This move is in preparation for the imminent Saudi withdrawal from the war.

These arrangements mean that both the UAE and Iran need to have their agendas for Yemen & the surrounding countries prepared. Tehran, in particular, is dismayed at the role that the Emiratis could potentially play across the region, given the nature of their alliances.

Since Biden took office, the UAE no longer enjoys the privileged position afforded by the Trump administration. However, unlike the rest of Trump's allies, the UAE avoided sanctions by signing a formal peace agreement with Israel.

Still, signing the peace agreement did not stop the US from freezing all arms deals with Abu Dhabi.
Abu Dhabi resents its neutralization by the US in several files, especially when compared to its increasing dependence on Doha. Qatar's diplomatic activity with the US and other Western governments has reached new heights after Kabul fell to the Taliban.

Abu Dhabi's new and uncomfortable position in Washington has prompted it to adopt policies inconsistent with US trends, such as supporting coups in Tunisia & Sudan or visiting Damascus.
In coordination with Israel, the UAE is likely to pressure Washington to adopt different policies towards its allies.

Per its drive to expand influence across the MENA region, Abu Dhabi has found a reliable ally in Moscow for many security, military, and diplomatic files. This alliance was reflected in the Libyan conflict and both states' stance on the recent coup in Sudan.

As UAE seeks to extend its reach in the region, US may be prompted to reconsider their strategy for dealing with the new role of the Emirates. Which in turn might encourage Iran & Russia to provide further leverage to UAE through preferential treatment in various files.

Abu Dhabi has called for the "return of Syria to the Arab fold". Highlighting an attempt by the UAE to take a leading role in the Middle East and Gulf region via a policy that directly challenges Saudi Arabia.

Nonetheless, there is an Emirati-Israeli plan of rapprochement with the regime in return for the removal of Iran from Syria. This plan stems from a profound lack of insight into the nature of Iranian entrenchment in the country.

In fact, their ties with the regime and that they know Bashar al-Assad is unable to expel non-Syrian actors from Syria.