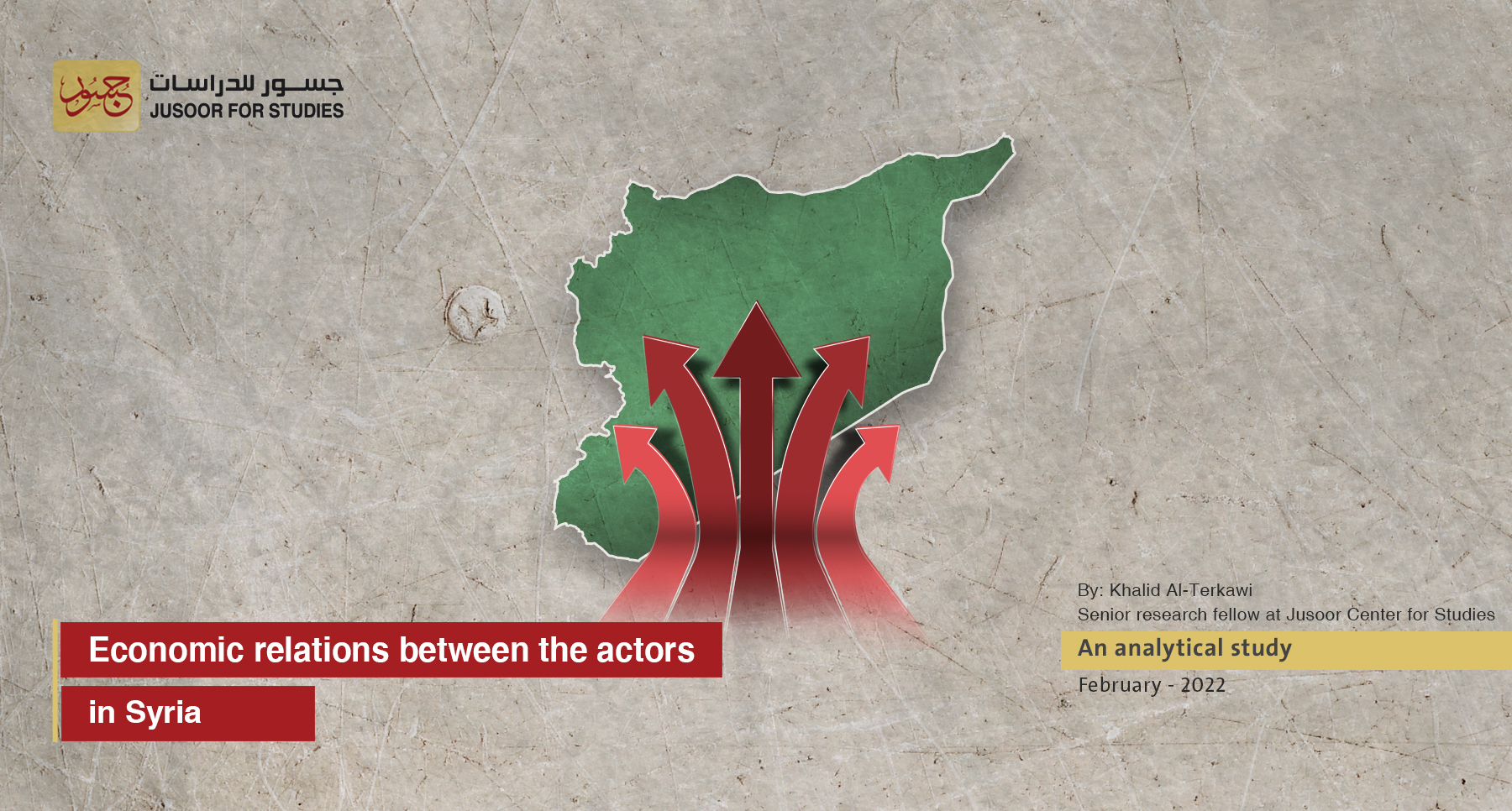 This is how the scene of economic relations between the active powers in Syria looks, which is getting more and more complex with the passage of time. This increasingly appeared after Syria became an arena of international conflict in which local, regional and international parties gathered.

Also, the study sheds some light the economic relations between Hayat Tahrir al-Sham (HTS) and the factions of the Syrian National Army.

The study ultimately concludes with forecasting scenarios about the future of the economic relations between these forces in the context of the current conditions and expected shifts.