Early elections could be held in Syria: Russia suggests 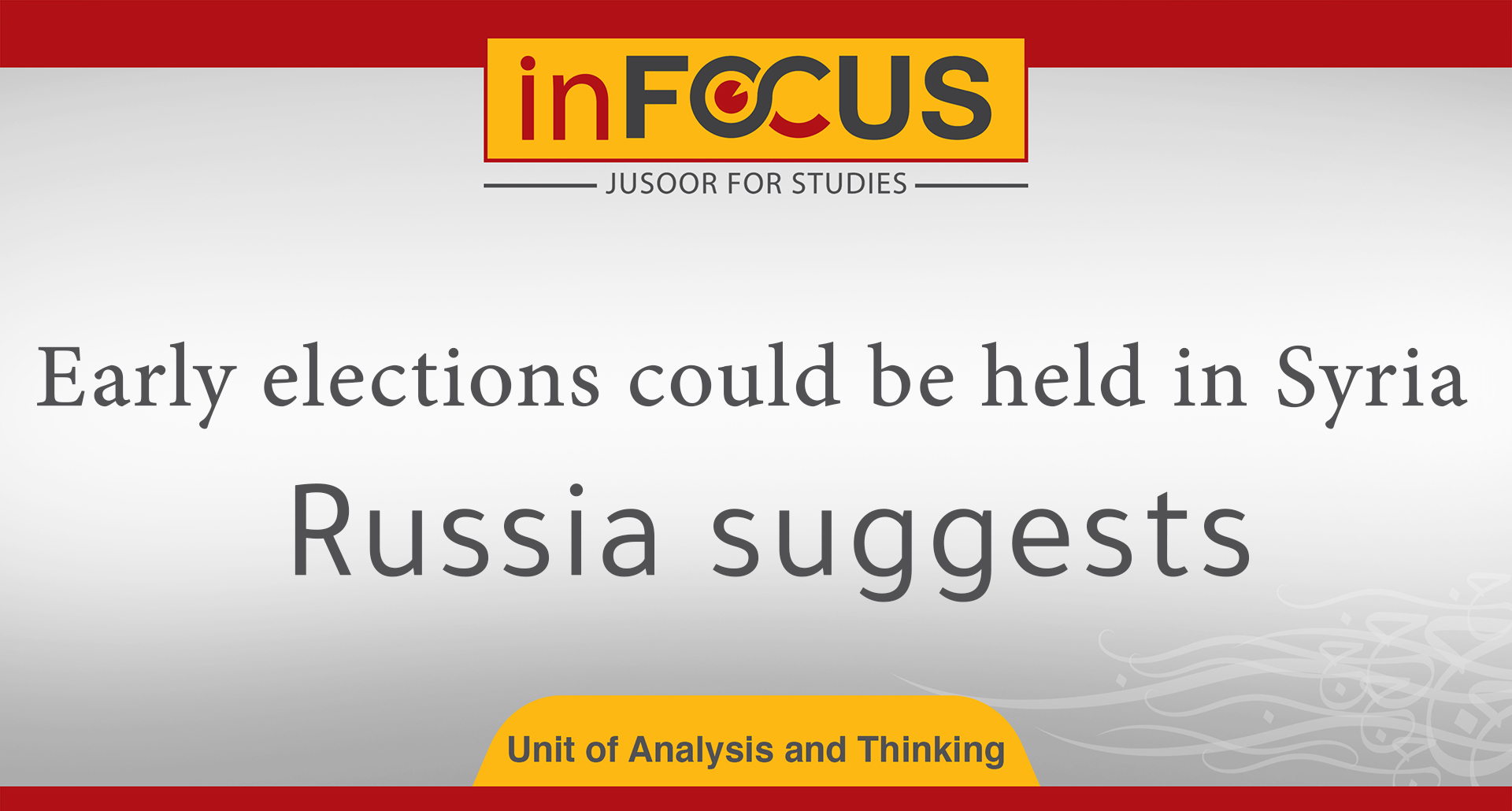 Early elections could be held in Syria: Russia suggests

In focus | Early elections could be held in Syria: Russia suggests

Russia has recently re-proposed the early presidential elections in Syria, less than two weeks after the announcement of Assad's victory in the elections held by the Syrian regime at the end of May 2021.

On June 3, the Russian Deputy Foreign Minister and Russia's special representative to the Middle East and African countries, Mikhail Bogdanov did not rule out holding early presidential elections in Syria, provided that the opposition and the regime of Bashar al-Assad reach an agreement for the new Constitution, and to confirm the results of their work."

"If the parties in Syria agree and the results of efforts are approved, elections can be held within the framework of the new Constitution or the reforms in the Constitution," Bogdanov added.

The Russian statements and their motives can be considered in two dimensions:

The first: In view of the timing of the statement, as it comes ahead of the upcoming summit between US President “Joe Biden” and his Russian counterpart “Vladimir Putin,” which will likely address the Syrian file along with other controversial files such as Ukraine and Libya. Accordingly, Moscow tries to open the way for a negotiated approach for the two sides on the Syrian file, by showing flexibility towards not sticking to the results of the recent elections.

The second: It is related to the international position on the political process in Syria in general. Each of the United States of America, the European Union and Turkey rejected the results of the recent polling and did not recognize such vote at all, and stressed the need to conduct a political process in accordance with UN resolutions.

Non-recognition of the regime-held elections by the international community necessarily leads to political deadlock, preventing the flow of funds for reconstruction, and missing the opportunity for Russia to transform its military achievement into economic and political gains.

Because of Russia's inability to resolve the conflict as a result of the field obstacles imposed by the active countries on the ground, the best option for Moscow is to negotiate about moving the political process, but according to its vision based on starting with constitutional amendments that guarantee its interests, then holding elections that do not exclude any of the parties. Thus, it is betting on time for changes in the positions of other countries.

In conclusion: Since its direct military intervention in Syria, Russia has been trying to play the role of a gatekeeper of the political process with the aim of optimally managing and directing it according to what serves its own interests. Therefore, it is very important for Russia not to close the door to negotiation over a political solution in Syria, because it always wants to gain time to impose changes on the ground, and change the playbook, governing negotiations between the Syrian regime and the opposition.

Likewise, flexibility towards interacting with the international desire for political change in Syria avoids Russia with unwelcome reactions that may sometimes take the form of field escalation in order to pressure Moscow and the Syrian regime to soften their political position.