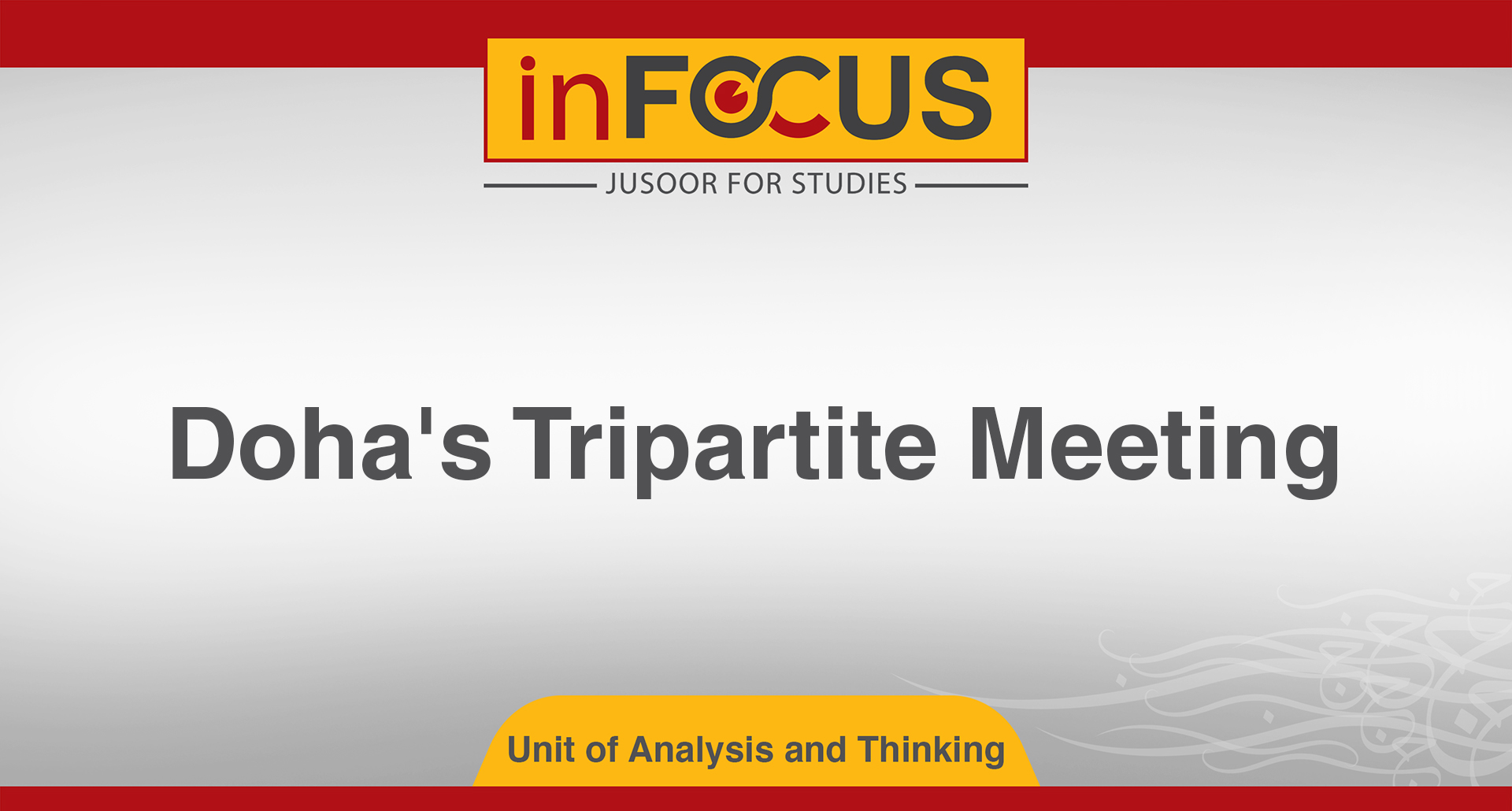 On March 11, 2021, Qatar, Turkey and Russia issued a joint statement after the trilateral meeting at the level of foreign ministers in the capital, Doha, in which a number of points were agreed upon, most notably:
• Cooperation to alleviate the humanitarian crisis in Syria by facilitating and increasing aid throughout Syria, including those related to combating Coronavirus.

• To cooperate for supporting the political process within the framework of the Constitutional Committee and in accordance with Security Council resolutions, especially resolution 2254 (2015). As well as the outcomes of the Sochi conference, and accordingly; the sixth round of discussions of the Constitutional Committee is scheduled to take place before Ramadan 2021.

• Cooperating to support confidence-building initiatives that contribute to creating a positive atmosphere for the political process; especially the release of detainees.
• Emphasizing the continuation of combating terrorist organizations on the Syrian territories.

The next round of tripartite talks is supposed to be held in the capital, Ankara, and then in Russia's capital, Moscow.
The tripartite meeting appears as a new platform for cooperation between the active states in Syria, which may lead to the launch of a supportive or parallel path to the Astana track.

It is clear that Russia is seeking to reach a new formula regarding Syria with the allies of the United States in the region, in the hope of reaching an understanding with them about what can be used by Russia for promotional purposes in Washington, especially since the tripartite cooperation will focus on the humanitarian aid file that the Biden administration does not oppose.

On the other hand, it is likely that Turkey and Qatar agreed to cooperate to alleviate the humanitarian crisis on Syria, and thus the regime-controlled areas, came in exchange for a concession or let say a commitment to Russia's concession in the political process, provided that the sixth round of the upcoming constitutional committee talks would lead to an agreement on the constitutional principles, what may be acceptable for the United States.

Although the tripartite meeting excludes Iran, Russia tried to deliver reassuring messages to it by confirming that the goal of the platform is to support the Astana track, in which Iran is present.

In fact; The Iranian absence may be due either to a common understanding between Moscow and Tehran requiring the separation of the Syrian file from the negotiations with the United States over the files of the nuclear deal, Iraq, Yemen and Lebanon, or as a result of dissatisfaction with Iran, which wishes the Syrian regime to make no one single concession in the political process and others.

It is noted that Russia has tried to expand the list of privileges to include the normalization of Arab states with the Syrian regime, but this was not accepted by Qatar, which confirmed that the reasons for suspending membership in the Arab League still exist, and thus limiting the discussions to the political process and humanitarian aid.

All in all, the tripartite meeting represents a new opportunity to get out of the blockage in the Syrian file, but this requires steps to enhance confidence between the guarantor countries, whether at the level of the political process or humanitarian aid. However, a sustainable political solution remains a long way off.