Daraa events.. A Reading of a New Reality 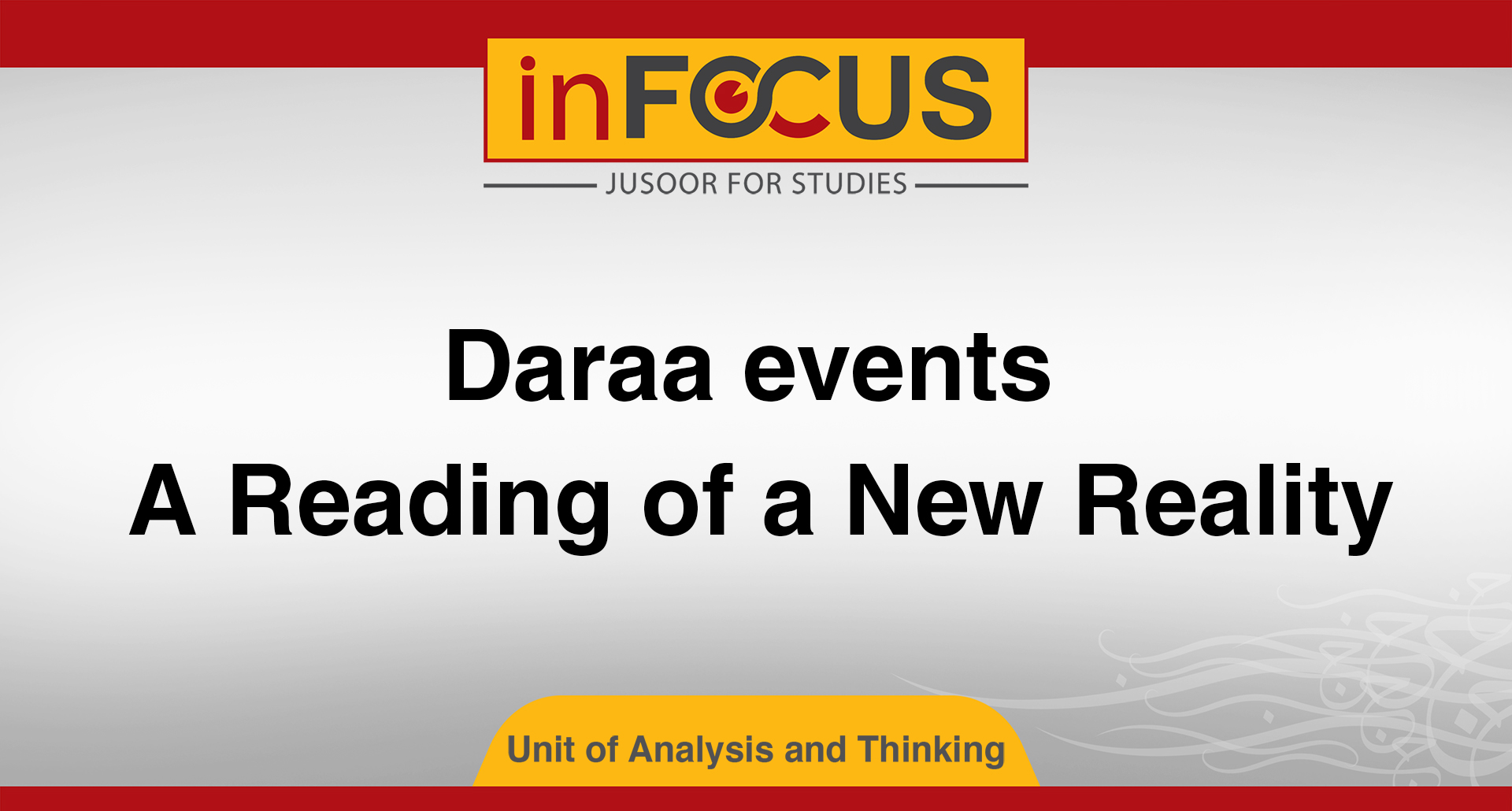 Daraa events.. A Reading of a New Reality

Daraa events: A Reading of a New Reality

Daraa western countryside witnessed an unprecedented escalation on March 1, 2020, which could herald the return of the military option to southern Syria.
The Syrian regime forces backed by heavy armored vehicles attempted to storm the city of al-Sanamayn. As a result, attacks on military checkpoints and locations increased in 7 towns, and people organized protests condemning the escalation.
Areas west and north of Daraa have already suffered from instability and a security gap since the signing of the settlement agreement. The instability started to increase 3 months ago, deterring the Syrian regime's control of the area.
Popular forces in Daraa adopt several practices to escalate; repeatedly targeting military checkpoints and military facilities, killing security detachments personnel, brokers of reconciliation, organizing protests and silent sit-ins and distributing leaflets and ongoing strikes. All of these fall within the framework of the efforts of people of Daraa attempt to restrict the Syrian regime's ability to control security, which threatens to expand further with time.
It appears that the Syrian regime is heading towards an escalation in Daraa to decide whether to use security or military option in order to impose control over the area.
There are concerns of the widening security gap since previous regime policies such as repression, intimidation and prosecutions have failed. In addition to other concerns related to lack of the Syrian regime's ability to control its military and security structure stationed in southern Daraa. These forces have turned into a competing and conflicting militias, which may further restrict regime ability to impose control on the region, especially in the event that the security solution is postponed.
If the Syrian regime fails to impose control on the west and north Daraa by escalating, Russia may accelerate to contain the situation by trying to reach an understanding with the Central Committee and notables.