Damascus Military Bus Blast: Who Might Have Carried out, Taken Advantage of It? 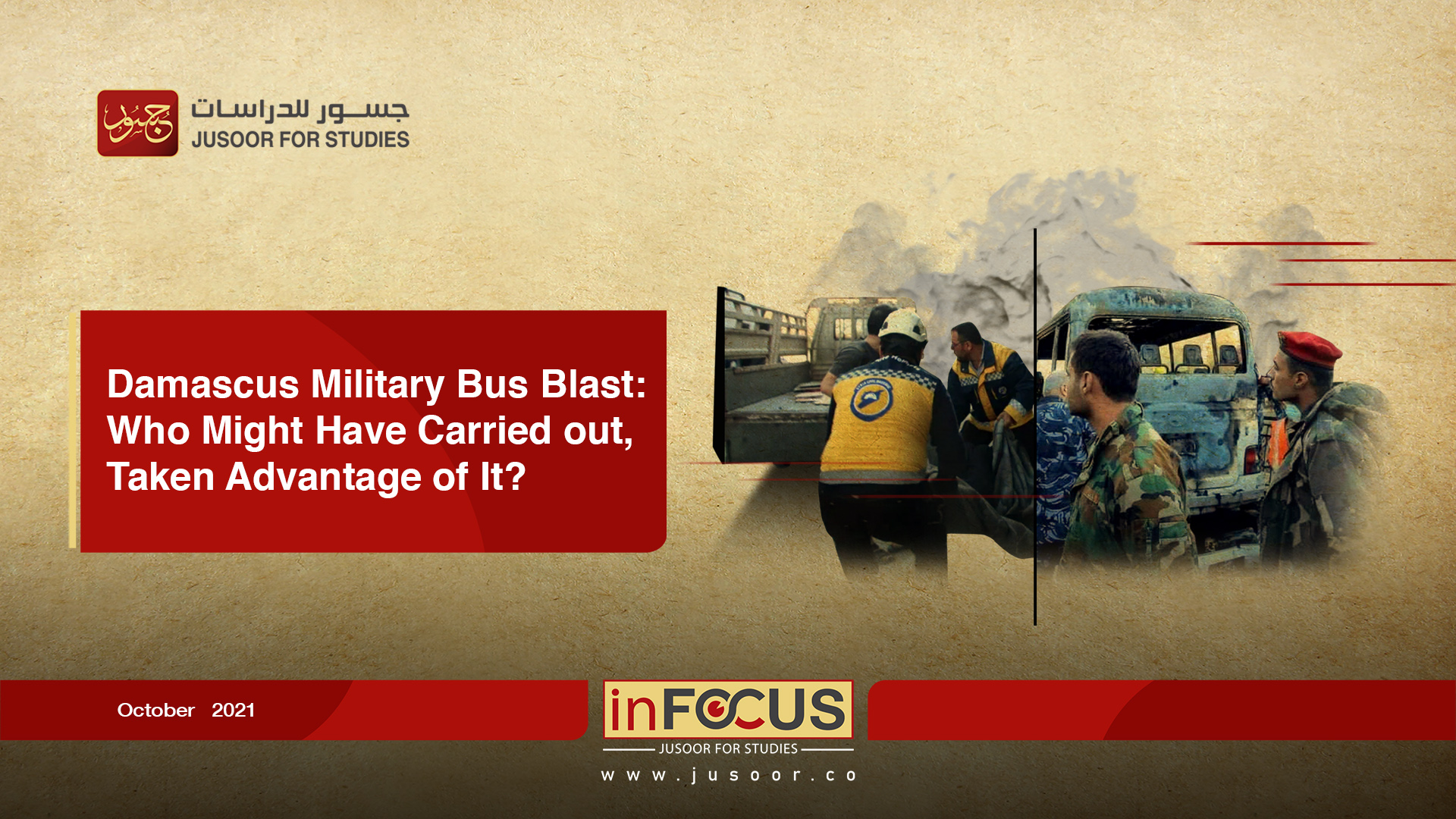 Damascus Military Bus Blast: Who Might Have Carried out, Taken Advantage of It?

In Focus | Damascus Military Bus Blast: Who Might Have Carried out, Taken Advantage of It?

A huge explosion rocked the Syrian capital, Damascus, in the "President's Bridge" or "Jisr al-Rais" area on the morning of Wednesday, October 20, 2021. The blast, according to the Syrian regime's media, was caused by two explosive devices attached to a military bus, carrying army personnel was crossing a bridge in the middle of the capital.

Reportedly 14 people were killed and others wounded, and a third device was defused by an army engineering unit.

On its part, the regime immediately decided, as usual, "that is a terrorist act," and it also gave a quick statement saying that "this very attack came in connection with the "cowardly acts," expressing the state of "despair over the defeat of the conspiratorial scheme and overcoming terrorism in Syria."

However, in light of considering the possible perpetrators of this explosion, the regime may be the 1st accused of causing such an explosion directly by the hands of its own security branches, whether to get rid of a person or a group, those may be seen as competitors for security or economic gains.

It is not unusual to see the regime carrying out dozens of such bombings. It might be for creating chaos and then capitalizing on this chaotic situation, in anticipation of any expected US-Russian-Israeli understandings that do not serve the interests of the regime and Iran.

Overall, such bombings also help to reinforce the narrative that the regime claims that it is fighting terrorism, and, at the same time, it could be a message to its allies that it is able to "shuffle the cards" and arrangements they make if its interests are not taken into account. This trigger also applies to Iran, as a regional actor who does not agree with the Russian's approach to end the manifestations of Iranian militia chaos under the pretext of imposing stability in order to move to the stage of political arrangements and reconstruction, as these Russian arrangements do not serve Iranian interests in Syria at all.

Nevertheless, even if the regime was the direct beneficiary and it was able to take advantage of what this blast came up with, it, in fact, does not mean that the regime is the sole party to be blamed. The regime naturally is working on investing in any event, whether it was the party who arranged it or not.

After all, many actors, besides the regime and Iran, could be behind such an explosion, most notably cells are linked to the "Islamic State" (ISIS) / (IS) organization, that is beginning to reconstitute in a more organized and effective manner.

All told, the regime either drives or gives a hand in this bombing, and, in both cases, it definitely rushes to take advantage of the matter internally and externally. In addition, the regime's interests go in line with the Iranian ones where the two prefer the security chaos, and the lack of stability, even relatively as Russia desires.

Plus, what is going on inside Syria may be related to a broader situation taking place in the region in general (in Iraq and Lebanon), which is a chaotic situation preferred by Iran.