COVID-19 Vaccines Could be in Syria Soon 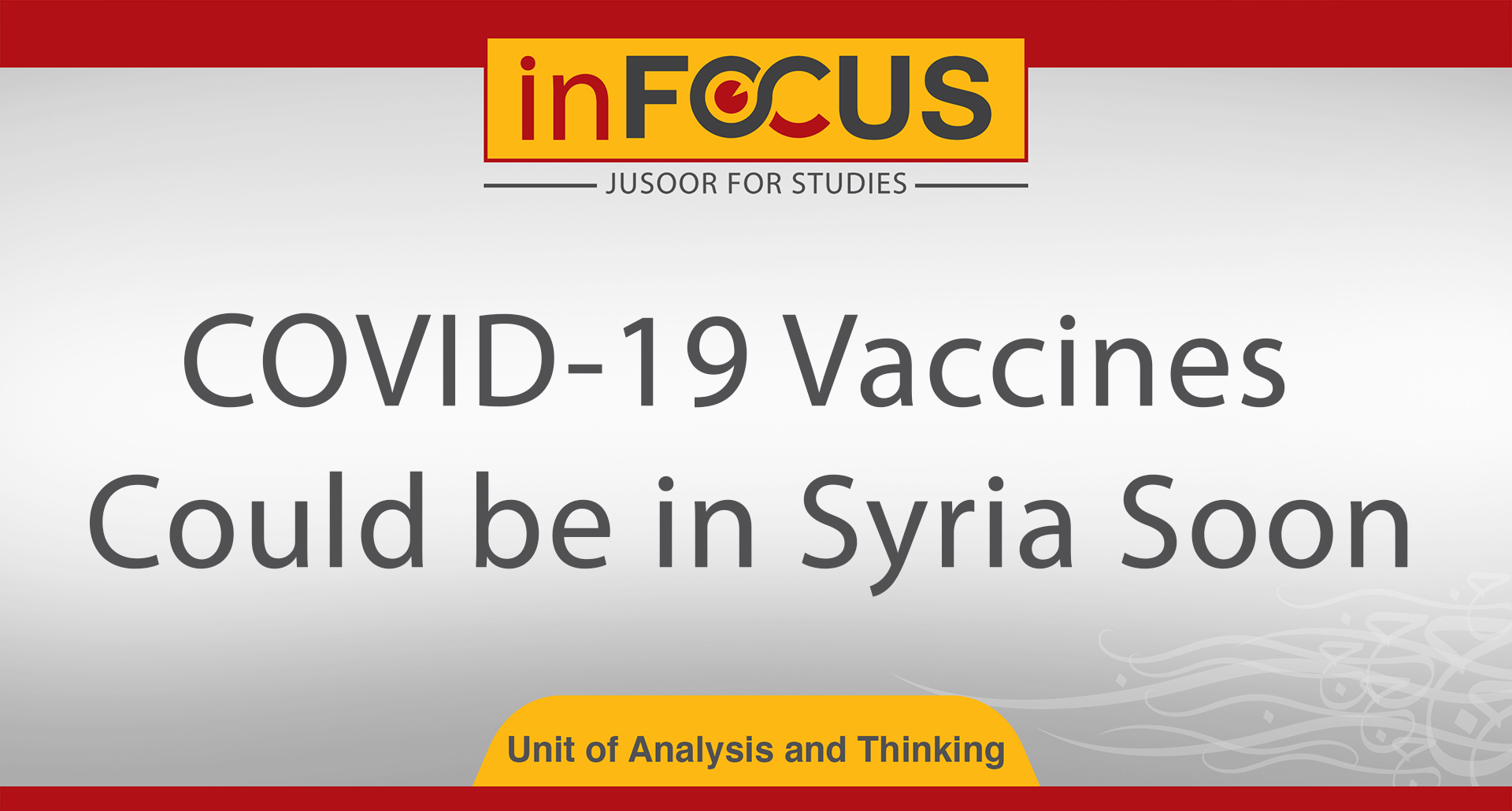 COVID-19 Vaccines Could be in Syria Soon

In focus |   COVID-19 Vaccines Could be in Syria Soon

It is expected that Syria will take delivery at the end of April or early May 2021 of the first shipment of COVID-19/ Coronavirus vaccines from the World Health Organization WHO via its global vaccine sharing platform, COVAX, to kick off its national inoculation program that includes the three areas of influence, given that Russia and China have also previously made promises to supply doses of their preventive vaccines to Syria.

One million and 20 thousand doses were allocated for the first shipment to Syria of the AstraZeneca vaccine developed by the University of Oxford in Britain, and it covers 20% of the first vaccination campaign, that is, about 5 million people in the three areas of influence, provided that the distribution is according to the following:

• 336,000 doses would be delivered to  northwestern Syria, which is controlled by the Syrian opposition, provided that the shipment arrives through a non-government-controlled area across the border with Turkey under the supervision of a WHO-led working team based in Gaziantep, which includes the Syrian Interim Government and representatives of local non-governmental organizations, that was formed on March 10, 2020.

• Another 90,000 vaccines will go to Kurdish-held northeast Syria. The shipment is supposed to arrive either through the offices of the World Health Organization in Gaziantep, or through its offices in Damascus.

• In addition, 594,000 doses to areas controlled by the Syrian regime, through the offices of the World Health Organization and UNICEF in Damascus.

On February 4, the Chinese ambassador to Syria, Feng Biao, announced that his government had decided to provide 150,000 doses of a local vaccine, without specifying which kind, as an aid to the Syrian regime, while it seems that the first shipment of China’s Sinopharm vaccine arrived and is limited to 5,000 doses.

The Syrian regime might do whatever it takes in order to make advantage of the vaccines' distributing operations locally to ensure and enhance the loyalty of the public sector to it, especially the military and security establishments and government agencies, given that the vaccine is one of the privileges the regime offers to workers in public sectors, similar to other privileges, such as the issuance of Law No. / 1 / of 2021 regarding granting loans to build housing for workers in the country.

The Syrian regime may also use the inoculation program as a tool to negotiate with unstable areas such as Daraa and As-Suwayda, to get more control over.

It also does not seem difficult for the Syrian regime to use vaccine supplies to the eastern regions of Syria as a tool to pressure the Kurdish Autonomous Administration, whether in terms of delay or unfair distribution, this is in the event that the arrival of the vaccine is limited to the offices of the United Nations and UNICEF in Damascus, or even providing them with doses of the Russian and Chinese vaccines.

The Syrian regime will not miss the opportunity to use the vaccine in its own propaganda on the restoration of sovereignty over all of the Syrian territories, similar to the statement by its Ministry of Health in February that “among the most important conditions for Syria’s procurement of the vaccine is to ensure that it does not “impact Syria’s sovereignty.”