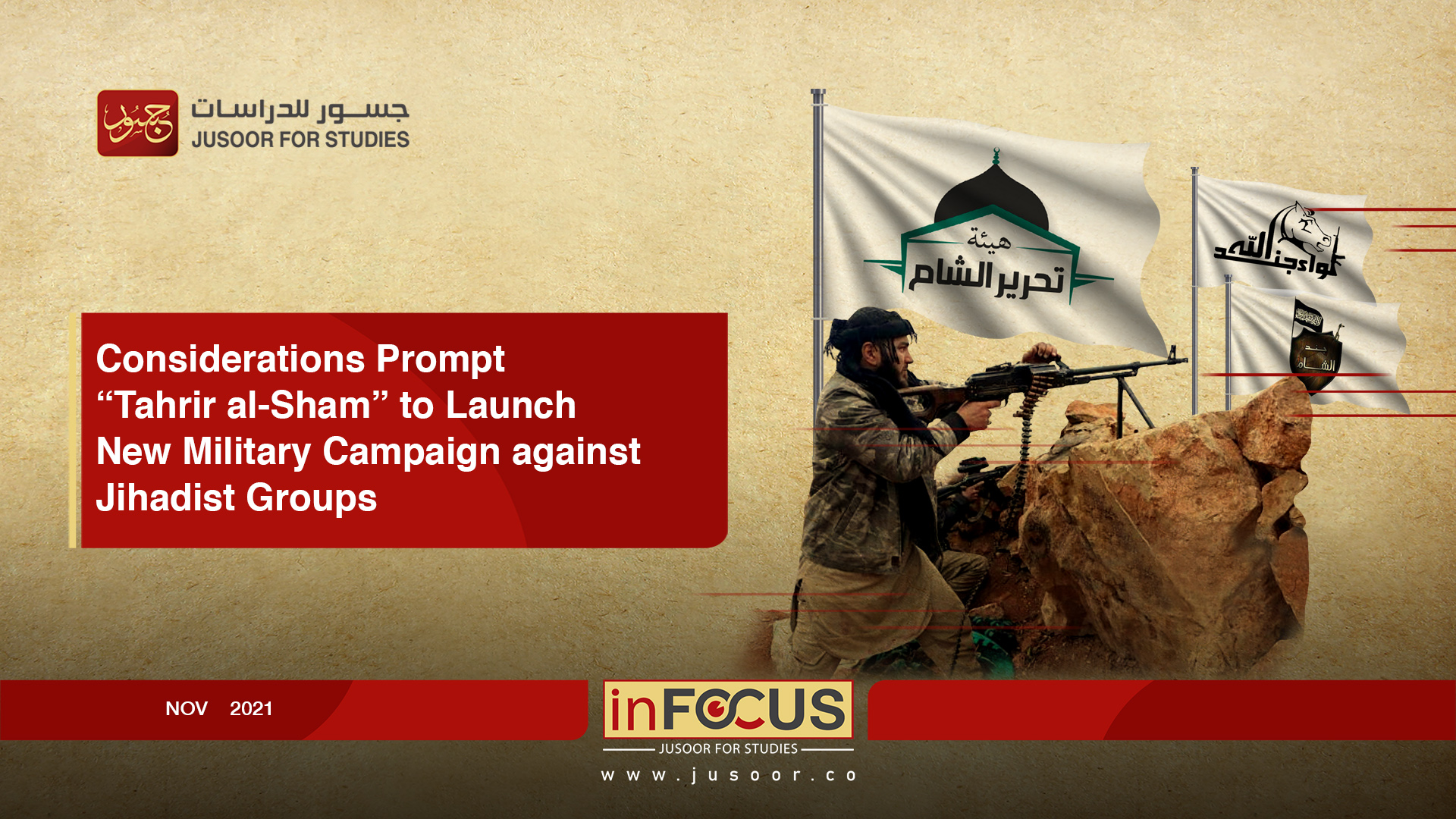 On the morning of October 25, 2021, Hayat Tahrir al-Sham (HTS) launched a new military campaign against jihadist organizations in western Idlib and in the "Jabal al-Turkman" area north of Latakia.

The operations of the campaign targeted the "Jund Allah" battalion, which includes foreign fighters of Azerbaijani and Turkish nationalities, as well as Syrians, in addition to the "Junud al-Sham" faction led by "Muslim al-Shishani".

HTS, obviously, has got its own considerations in dealing with jihadist organizations, as it avoids launching a broad and simultaneous campaign against them, despite its able to do so, and focuses on striking each organization at a time that might achieve the greatest possible gains.

Internally, HTS does not want to get the jihadist factions united against it, and for this reason it waged a battle between 2019 and 2021, against the Guardians of Religion /Hurras al-Din organization only. Consequently, when Hurras al-Din turned into tiny groups and cells of fugitives, and after losing its territorial control in Idlib governorate, HTS turned to launch attacks against both "Junud al-Sham", and currently the "Soldiers of Junud Allah" battalion, especially after reports that the latter contained some militants affiliated with Hurras al-Din, and the series of operations against all these organizations comes in line with the HTS' policy that rejects accepting the presence of any independent formation in terms of military decisions and not abide by the decisions issued by the HTS-led operations room, which is working to turn it into a military council.

Also, HTS considers sending messages to external parties in launching security operations against jihadist organizations. The previous confrontations with “Hurras al-Din,” and the current ones against the factions stationed west of Idlib and north of Latakia could give the impression to the countries involved in the Syrian file, that HTS is ready to take part in the “fight against terrorism” operation and that it has made real transformations in its structure and changed its ideology, in addition to being able to recognize the security considerations of those states who are keen to end certain jihadist formations that cause them concerns, in an attempt to take advantage of this movement as political gains, which, in turn, gives “HTS” a longer lifetime and motivates international parties to implicitly accept its continued dominance in Idlib.

Most likely, in the current battles, HTS will avoid ending all jihadist organizations completely, in order to preserve such a bargaining card for political maneuvering later. However, it will be keen to undermine the jihadists' geographical control, and not allow them to continue seizing a geographical spot as their stronghold.