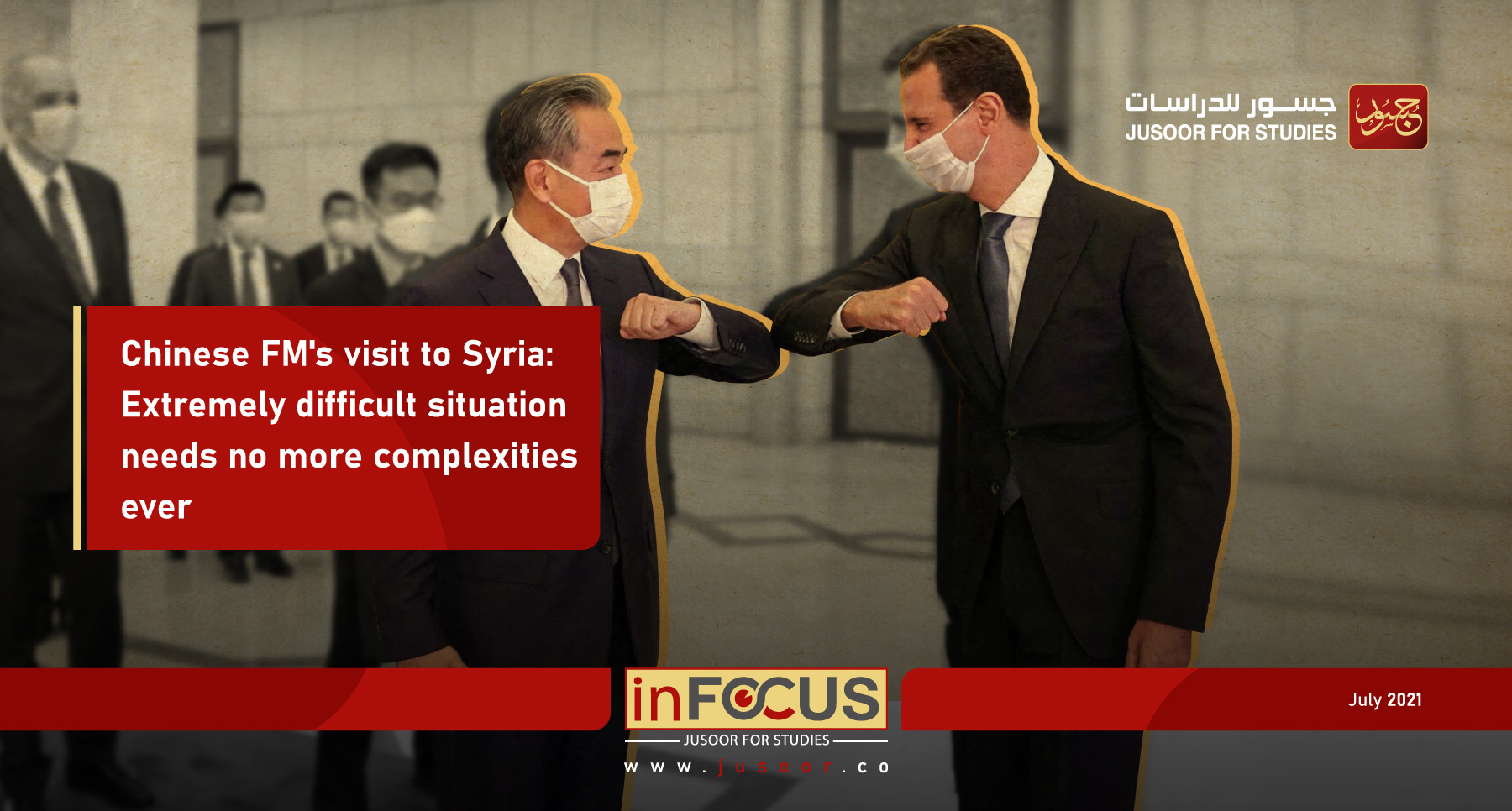 The Chinese Foreign Minister, Wang Yi, arrived in Damascus in mid-July, it is the first visit has been paid by a high-profile Chinese official since before 2011.
General speaking, China, which supported the regime diplomatically, especially in the UN-Security Council, has practically chosen to maintain a less involved policy and distance itself from direct intervention in the crisis, which is particularly evident in the absence of Chinese officials from Damascus and international forums related to the Syrian issue over the last few years.
However, despite the regime highly appreciated the visit, as it is an ideal way to deal with the crisis of reconstruction, given that China theoretically has the ability to finance this operation, but it is highly unlikely that China would fully take such a step, because it is an infeasible investment, neither economically or politically.
Apparently, the Chinese move came after arrangements with the Iranian ally, as the two sides signed, last March a strategic partnership agreement at the political and economic levels. More likely, Iran provided motivations to the Chinese side to take advantage of its influence in Iraq and Syria, which intern increases its own bargaining chips before Beijing.
According to informed sources, the Iranian drives mainly relate to linking the port of Shalamjah in Iran with the port of Iraq's Basra and then to the port of Lattakia in Syria. To that end, China and Iran have formed technical committees over the past months to consider the project.
Notes that all Chinese arrangements related to this project were made during the previous months, away from any coordination with the regime's government, with whom any discussions were postponed until the Chinese Foreign Minister's visit time to Damascus.
Ultimately, based on the available reports, and according to the analysing of Chinese policies in general, it seems that Beijing will seek to have its own activities limited in Syria within the framework of the sub-projects of the Belt and Road project, so that it, along with the Iranian side, will protect the road between the ports of Basra and Latakia, without bearing the economic and political costs of reconstruction in the rest of the country.
For its part, the regime’s government is working to maximize the economic and political fruits of potential Chinese activity, although the current Chinese trend contradicts the regime’s desire for cooperation between Beijing and Damascus to be direct, of which Beijing does not seem eager to follow because it is neither possible nor feasible, given the state of weakness and slackness that the regime is experiencing under the pressure of its allies and their dominance over all resources and authorities.
All in all, if Syria was accessible for China, even with a specific project only, this certainly makes the situation more difficult than it is now, as the regime-held regions will witness a jostling of three major actors, agreeing only to take advantage of the failure state that Syria is undergoing, but differing in everything else.  Externally, Syria will be part of the "Chinese-US" conflict, in parallel with the overlapping of Chinese interests with Turkey, the Gulf states, and even the European Union.