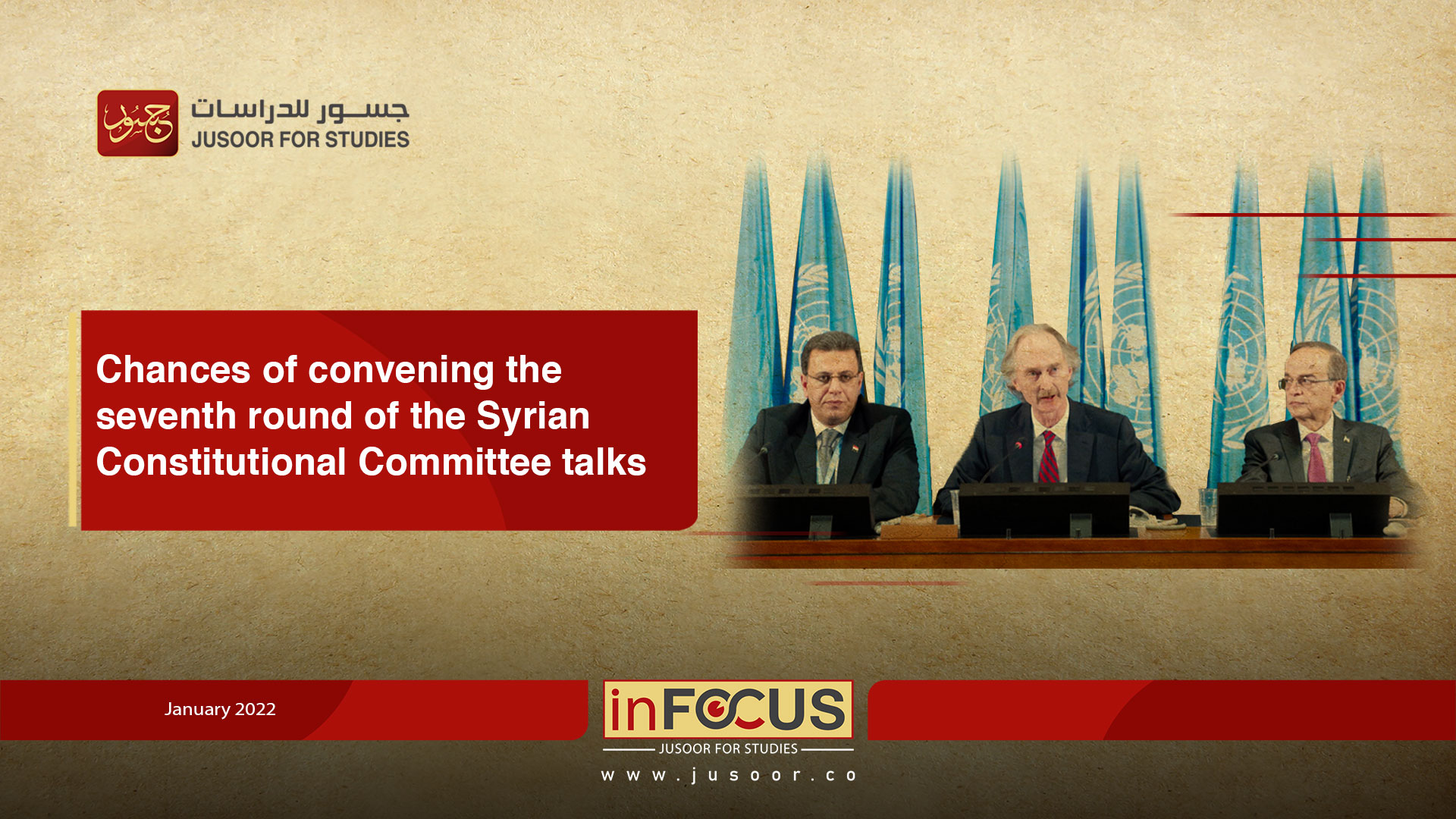 The United Nations Special Envoy to Syria, Geir Pedersen, expressed his desire to hold the seventh round of the Constitutional Committee next February, linking this to the success of the regime and opposition delegations to overcoming challenges and taking more confidence-building measures between them. Pedersen's efforts to set a date for the seventh round before the end of 2021 had previously stumbled, as the sixth round ended in October without achieving any progress or breakthrough in the talks; which prompted the UN envoy to describe it as disappointing. The special envoy seems to be counting on international support to push the political process forward and out of the stalemate, as he held bilateral consultations for this purpose with high-ranking officials from Qatar, Turkey, Iran, Russia and the European Union in December 2021. He also had talks with senior officials from the United States, Germany, France, Italy, the United Kingdom and the Arab League in January 2022. Despite all that, however, circumstances don’t yet seem to be ready for convening a round in February for several reasons; the most notable among which are:

There is no guarantee that the Syrian regime will not obstruct the talks again; especially since it was responsible for the failure of the sixth session after refusing to submit any text on drafting constitutional principles despite the agreement that all delegations should do so.