Biden Administration steps up in Syria against Iran 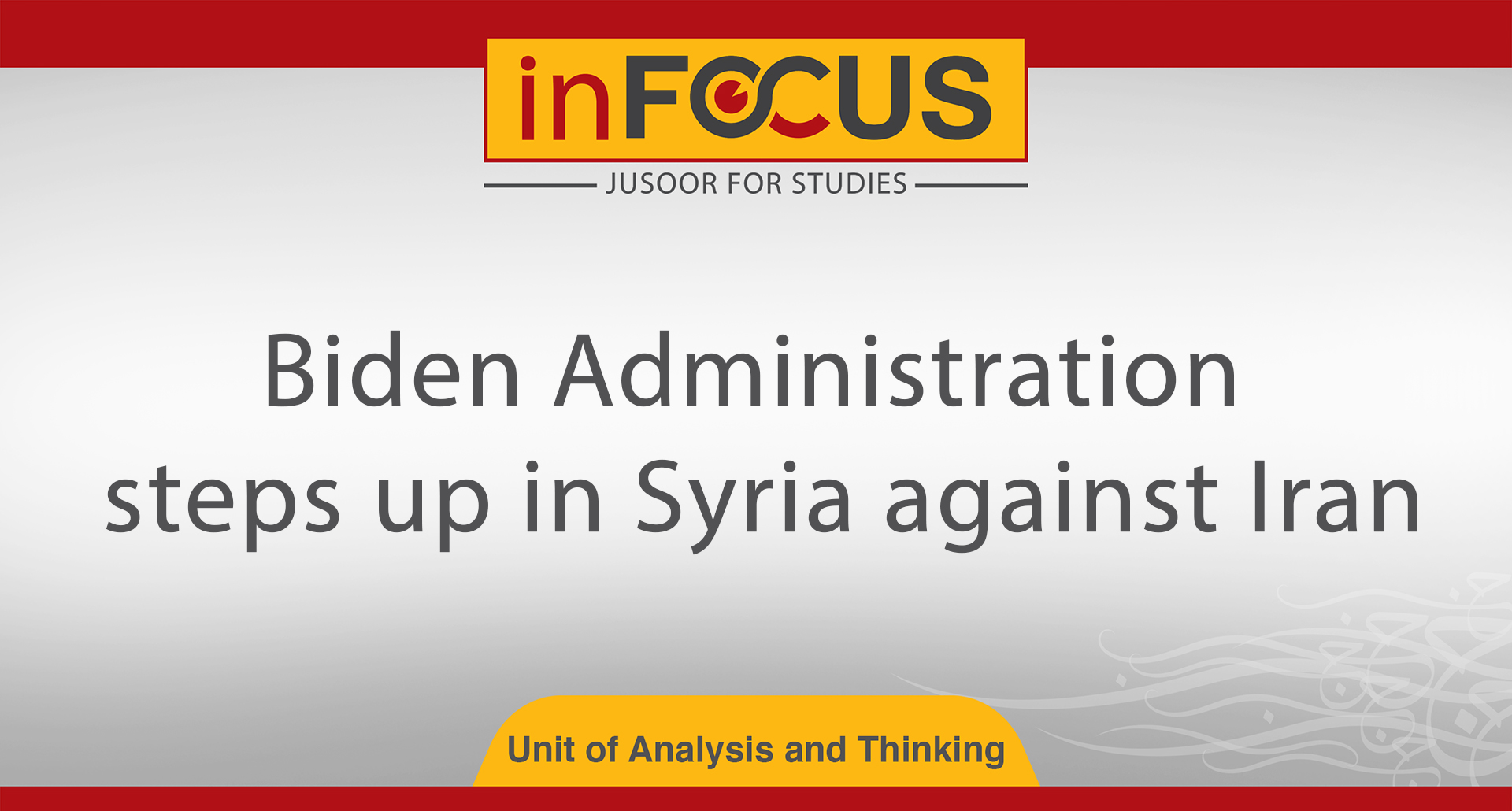 Biden Administration steps up in Syria against Iran

104
Biden Administration steps up in Syria against Iran
On Friday February 26, 2021, US Air Force aircraft carried out air strikes against targets belonging to Iranian-affiliated Iraqi factions stationed in Deir Ezzor Governorate, eastern Syria.
The U.S. military airstrike over eastern Syria as two F-15E Strike Eagles involved and were launched from the "Azraq" base in Jordan, targeted the "Imam Ali" base, southwest of the city of "Al-Bukamal" in the countryside of Deir Ezzor, which is considered the most sensitive area for the Iranian forces and affiliated factions, as the region is a link between Iraq and Beirut across the Syrian lands.
The US air attack can be read as part of the Biden administration’s expanded strategy to deal with the Middle East region in general and the Iranian file in particular, the most prominent features of which can be reviewed as follows:
1. Restoring the Iranian nuclear deal, but according to a new mechanism that includes controlling the Iranian missile power and determining its own movements in the region in an agreed-upon frame, while trying to involve the rest of Washington's allies, especially the Gulf states, in the agreement, because the new US administration believes that this will lead to sustainable stability in the region,  contrary to what happened after the 2015's Joint Comprehensive Plan of Action (JCPOA), which allowed to Iran to be not very restricted and some counter-reactions appeared from the parties opposing the Iranian role, such as Saudi Arabia and Israel.
2. Slightly, turning a blind eye to the Iranian influence in Tehran's vital surrounding areas, especially the Gulf Sea region and Bab el-Mandeb Strait, in addition to Iraq, provided that this role to be framed and under limitations and understandings to be agreed upon with other parties.
Accordingly, the United States of America announced an end to US support for Saudi-led offensive operations against the Houthi "Ansar Allah" group in Yemen, in early February 2021 and gave the green light to the UN envoy, Martin Griffiths, to visit Tehran in the middle of the same month, and to negotiate with Iranian officials about a solution for the political situation in Yemen, and this is considered as an acknowledgement by the U.S. that Iran has an official role in the Yemeni crisis.
3. Taking into account the Israeli security concerns by the US Biden-led administration, with the aim of containing any unilateral Israeli move in the event that its interests might be ignored by the new US-Iranian agreement.
This helps to understand the attack launched by the U.S. aircraft at dawn of February 26 on the Iranian-backed militias in Syria, which seems that it carries a message that Washington rejects the Iranian military moves in Syria and the extension of influence to Beirut because such matters have a direct impact on the security of Israel.
At the same time, the attack is also intended to respond to the repeated attacks on American bases in Iraq, but choosing Syria as a place for the American military response carries with it a message to the various players.
The American air strike on the "Imam Ali" base is not without looming and threatening of force, representing the “carrot-and-stick" approach in order to push Iran to return to the negotiating table over its nuclear program, the limits of its influence in the Middle East as well as its missile arsenal.