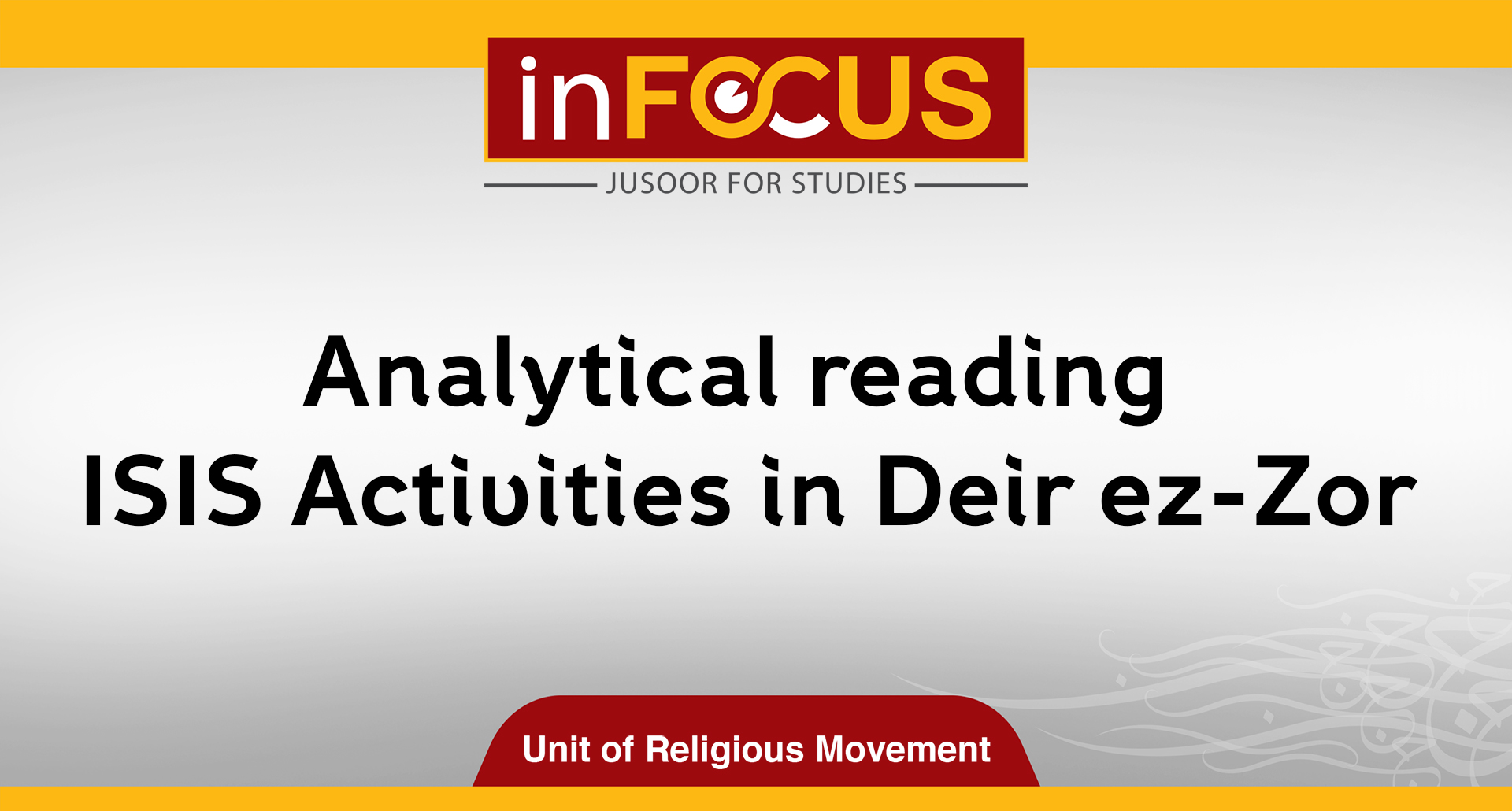 122
Analytical reading: ISIS Activities in Deir ez-Zor
Despite ISIS diminished geographical control in Syria and Iraq, many indicators confirm that the organization has regained momentum and embarked on several concentrated security operations and operations based on a strategy of attrition against the Syrian Democratic Forces (SDF), SDF security collaborators, regime forces, and pro-regime militias.
• ISIS carried out 73 operations in Deir ez-Zor Governorate since the beginning of February 2020, targeting SDF forces with 84% of all operations, the regime forces with 9%, while it carried out other isolated attacks against civilian and sporadic targets. 37% of the ISIS operations were carried out in zeban area, 36 % in al-Basira area while the rest of the operations were carried out in other areas.
• In terms of operations’ tactics, 38% were assassination and execution operations that targeted SDF forces, 31% of the operations were direct attacks on SDF patrols and elements and 24% of the operations used IEDs.
In terms of deployment, ISIS operations were concentrated in al-Basira and Zeban areas and despite the arrests and raids led by the coalition in the region, ISIS is able to maneuver, move, and collect the necessary funding through its channels from several people who bring funds using labels of Zakat and taxes.
Regardless of the high rate of ISIS targeting of SDF, the organization’s strikes against the regime aim to seize machinery and ammunition, while strikes against SDF is mainly aimed at liquidating its security network and pushing it to perpetual and exhausting mobilization.
Several ISIS cells have repeatedly showed they are present in Zeban and al-Basira areas to send a message to ISIS opponents that they are there and still has security influence through affiliated individuals from the local community. Therefore, the coalition has not fully eliminated ISIS cells despite its ongoing operations in the region.