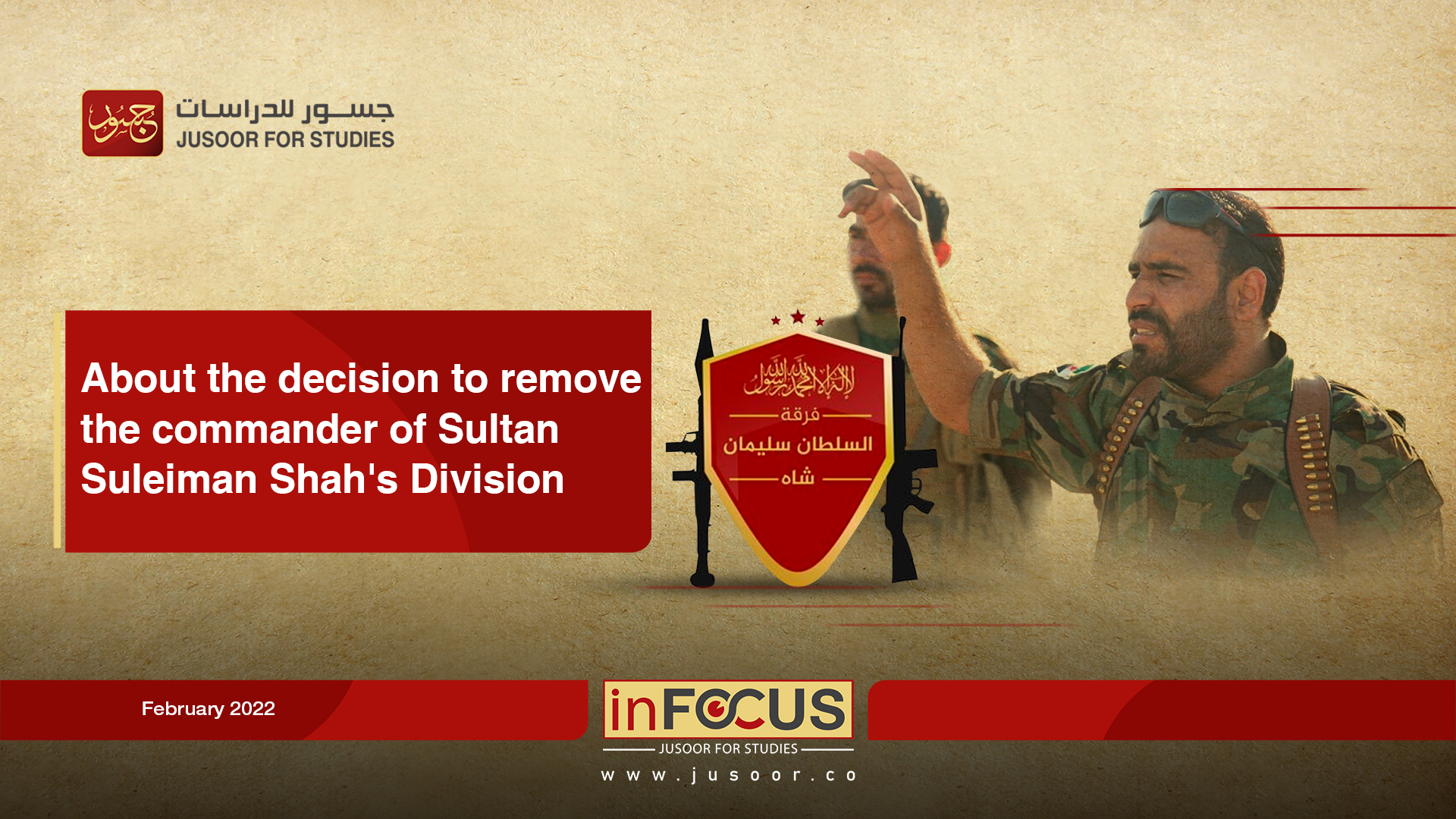 On February 16, 2022, the tripartite committee empowered to consider the issue of abuses committed by the Sultan Suleiman Shah Division issued its decision, after two months of listening to witnesses and conducting inquiries into the accusations against the division's leaders.

The committee’s decision stipulated the dismissal of Muhammad al-Jassem, known as Abu Amsha and his brothers, from their leadership positions in the division, and subsequently to be deprived of the right to occupy any positions in the armed opposition, on the grounds of “qualification”, with reference to the pressures that were exerted on a group of the witnesses, which prompted them to change their testimonies.

From a legal point of view, it is difficult to put a legal description or adaptation of the committee, since the Syrian opposition does not recognize the law applied before 2011. That is, the debate over the legitimacy of such a decision can be seen in the official opposition institutions, as they were formed outside the framework of the law in force before the outbreak of the conflict in Syria.

The committee relies on the legitimacy of its decision on the moral authority resulting from the pre-existing commitments by the leaders of the blocs in the Syrian National Army, including the commander of the Suleiman Shah division, that the committee’s decisions are binding on them when issued.

Accordingly, the committee is considered an exceptional case that prevented recourse to the judicial authorities emanating from the opposition institutions, including the military judiciary, for many considerations, the most important of which is to avoid the factions’ influence on the judiciary because of the state of quotas that governs the institutions.

It seems, however, that the decision is on the way to be implemented; After issuing a statement of support for it from the Unified Command Room (Azm), which presented itself as an executive force capable of imposing the judicial decisions.

All in all, the aforementioned decision is considered a precedent in the Syrian armed opposition faction, as it is the first time that a civilian committee with judicial powers has taken a decision to dismiss a faction leader or refer him to investigation. This happened after the prevailing custom within the factions was the leader to carry out his duties as long as he is physically and morally able to practice them; except for some cases in which it is customary to set up a leadership council whose members take turns exercising the powers of the leader.

In the event that the decision issued by the committee is implemented, it is likely that this will pave the way to subsequent reform steps, which may affect the security reality and the entire management system in the areas of Olive Branch and Euphrates Shield, north of Aleppo.