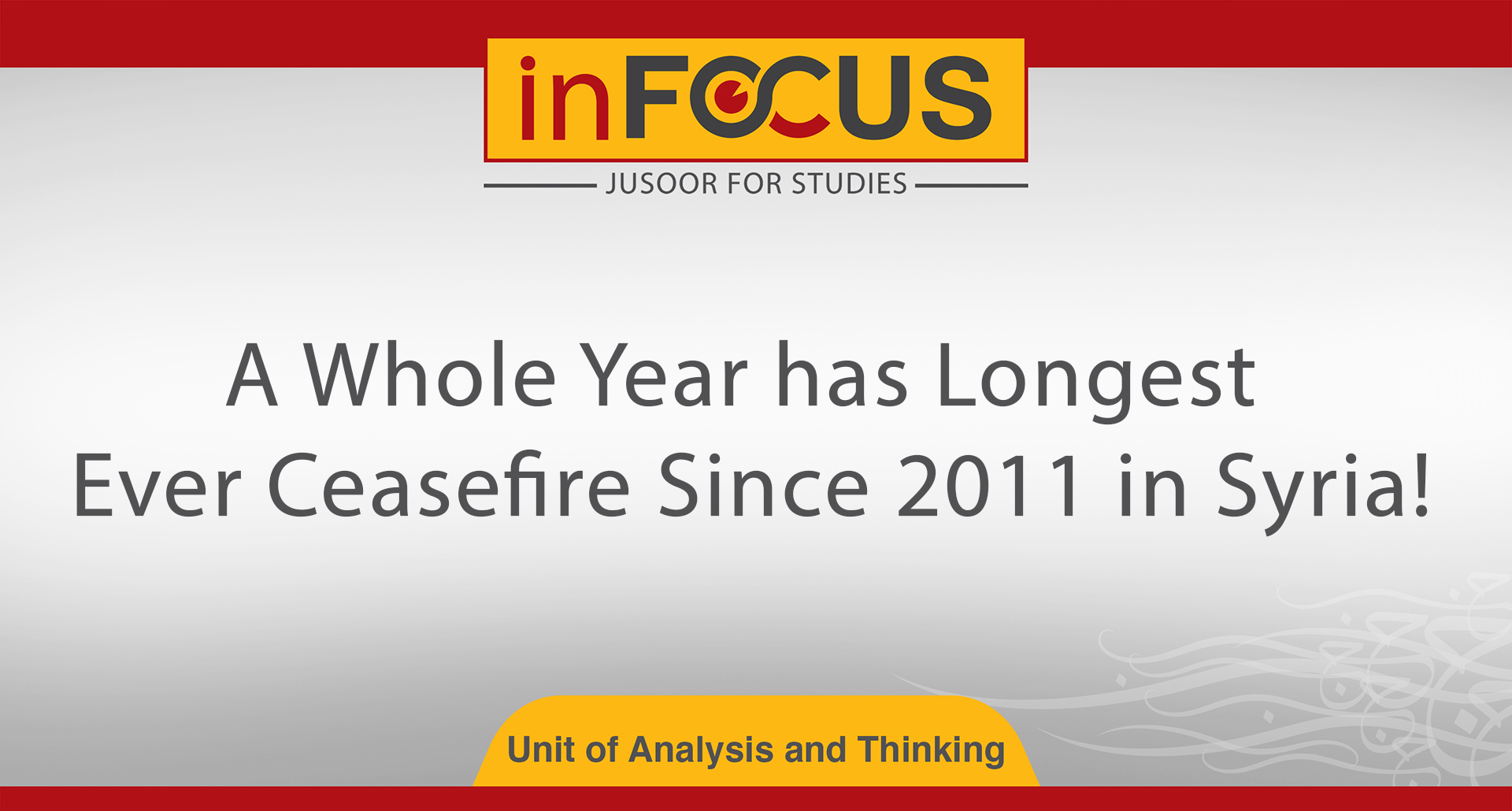 March 5, 2021, marks the one-year anniversary since Turkey and Russia signed the Moscow memorandum on Idlib, and for the first time since the beginning of the armed conflict in Syria, the regime and the opposition maintain a 12-month ceasefire.

Russia and Turkey have shown great concern to preserve the Moscow Protocol on Idlib. However, over the past year the ceasefire agreement has been in danger of collapsing, as a result of the absence of the parties’ ability or desire to complete the implementation of all the provisions contained in the memorandum. For more than 6 months, there have been no joint patrols on the international road links Aleppo to Latakia (M4), which was suspended on August 25, 2020, as a result of being targeted more than once by jihadist groups those who might be a cover for the Al-Qaeda branch in Syria.

Turkey has taken a set of steps to maintain the calm atmosphere and the memorandum of understanding; in an apparent eagerness to maintain cooperation with Russia. For example, Turkey has conducted 7 independent patrols in the security corridor, and surveillance cameras have been installed on the international road near the guard posts that are now spread along the route, and it has also established a central operations room to monitor any movements on the road, such as planting explosive devices and security activities. Also, it participated in 4 joint exercises in Idlib to combat terrorism and rapid intervention.

The Moscow memorandum is not only classified as a document to prevent clashes, but also as a guiding protocol to be added to the memorandum of de-escalation (2017), which means that it might be built upon to consolidate a permanent ceasefire agreement, and this requires Turkey and Russia to reach a comprehensive agreement on the contentious issues of combating terrorism, military deployment, and the fate of trade and transportation traffic, and the borders of the safe zone, in addition to the political process.

Admittedly, Turkey dismantled  its own 14 military outposts  between October 20 and December 29, 2020, were located in the Syrian regime-held areas under the military campaign the latter had launched in early 2019, but it still insists on not withdrawing from the areas of southern Idlib, instead it has even expanded its reach and presence in the region to reinforce the deterrence strategy, which poses a great challenge to the possibility of reaching a final agreement with Russia on the military deployment and the borders of the safe zone.

In fact, Russia has not abandoned the use of military means in Idlib to pressure Turkey as the former bombed using drones and warplanes civilian and military sites, such as the training facility of the Sham Legion on October 26, 2020, and the implementation of the shooting attacks, in addition to the continuous violations of the contact lines, which means, there is an imminent threat that calls for the continued increase of readiness by the Syrian opposition and Turkey, despite of the limited abilities of both the Syrian regime and Russia to launch  large-scale attacks in Idlib.

All in all, it is still possible that this ceasefire agreement to maintain the for a period of not less than 3 months, as well as chances of establishing a sustainable lull in Idlib. However, this requires further progress in overcoming controversial issues, and steps to build confidence, especially the resumption of the joint patrols, which also appears to be carried on soon.